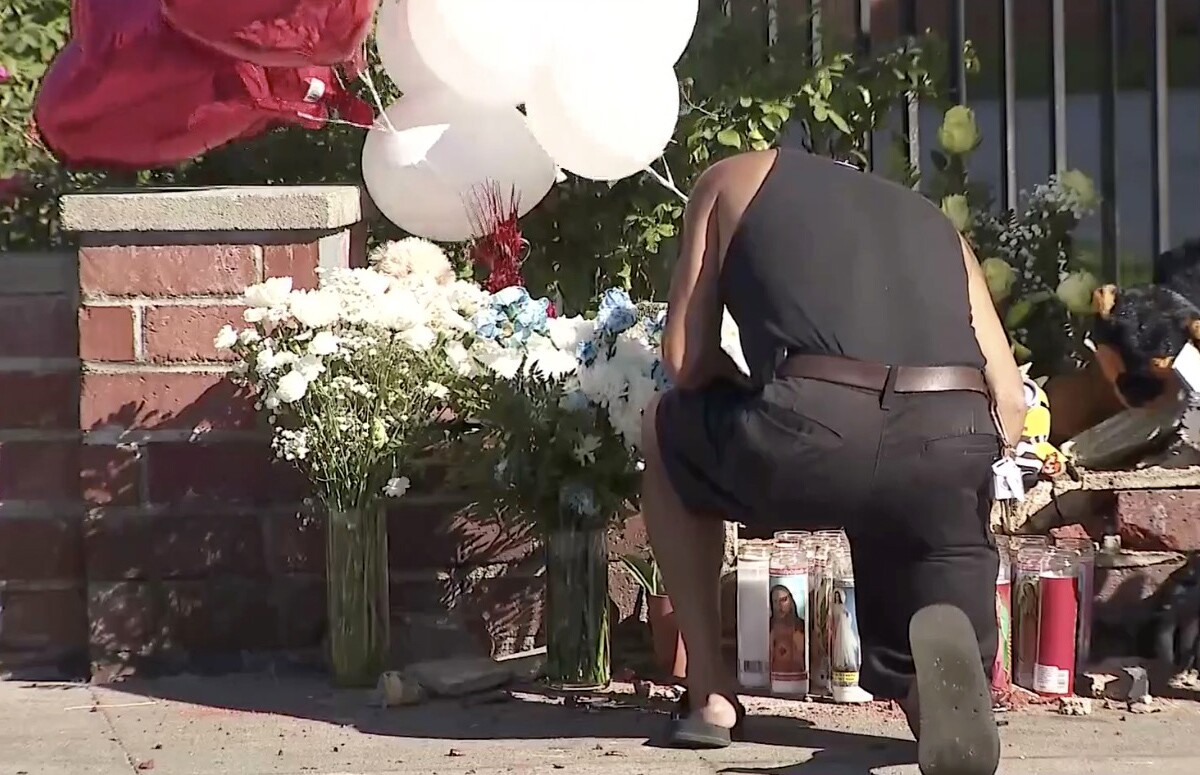 An 18-month-old boy sitting in a stroller next to his grandfather’s tamale stand was killed Sunday after an SUV crashed into a sidewalk in the North Hills neighborhood of Los Angeles.

Nurses were called to the 15,500 block west of Nordhoff Street at 7:35 a.m. Sunday after a car ran up the sidewalk and hit a young child and a woman, Los Angeles Fire Department officials said.

Alfredo Morales told Univision-TV that he had set up his tamale stand Sunday morning near Our Lady of Peace Catholic Church, as he had done for the past 20 years.

“I had him right next to me,” said Morales, the boy’s grandfather.

That was when a silver Honda CRV traveling west on Nordhoff Street tried to turn left onto Langdon Avenue and collided with a gray Toyota Camry driving east on Nordhoff. The driver of the CRV accelerated instead of braking after the collision and drove up the sidewalk, hitting the child and the woman, LAPD It. Said Lisset Fuentes.

The driver of the CRV, who was not identified, remained at the scene until paramedics arrived, authorities said.

The driver of the Camry did not stop, Fuentes said. Police have classified the crash as a hit-and-run, she said.

The boy was taken to a local hospital where he died. Doctors’ officials identified the child as Gerardo Sebastian Chavez Morales of the North Hills.

The woman, who was not related to the child, was admitted to a hospital in serious condition, LAFD officials said.

Later Sunday, a motorist surrendered to Valley Traffic Division Station, LAPD officials said, but it was determined the driver was not involved in the North Hills crash, City News Service reported.

There are no indications that either the driver was affected or driving too fast, Fuentes said, adding that “the investigation is still fluid so things can change.”

ONE GoFundMe page created by the child’s family identified the boy as Sebastian Chavez Morales and describes him as “an amazing, sweet and caring boy who really brightened the lives of his family and those around him every day.”

A temporary memorial at the crash site in front of the church was adorned with flowers, candles and toys hours after the crash, according to video from KTLA-TV. The boy’s mother, Ana Morales, said, “It’s a pain I would not wish on anyone. … No money will bring my baby back. ”