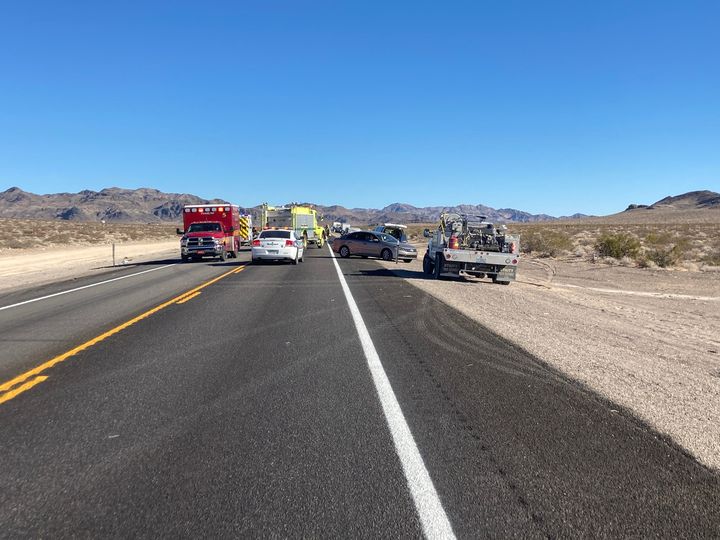 Nevada State Police say a collision occurred shortly before noon. 11:30 a.m. on US 95 at mile marker 27 near Amargosa Valley, where three people, a man, a young boy and a girl were killed.

Preliminary investigation shows that a silver-colored Volvo had been driving northbound on US 95 when, for unknown reasons, it failed to keep track and entered the southbound lanes of US 95.

A truck towing a motorhome saw the Volvo cut lanes into the southbound US 95 and stopped immediately in hopes of avoiding being hit.

Not ready to return to work? Buy these best Cyber ​​Monday deals instead

Police say Silver Volvo ended up ironing the truck and towing a motorhome. The truck had 2 passengers who were not injured.

Do you lack gift inspiration? These 27 products thrived during real-world testing

After the Volvo crashed into the truck and the Yukon, it continued to drive eastbound in the southbound lanes. When the driver of the silver Volvo came in contact with a gray Chrysler Mini Van heading south.

Fauci shoots back at Cruz over COVID allegations about Chinese laboratory

After crashing into the minivan, the Volvo continued northbound in the southbound lanes of US 95, where it then hit another white motorhome. This white caravan rolled and was occupied by 2 adults. The female and male residents were both slightly injured and were not transported to medical care.

State police say the silver-colored Volvo was driven by a grown man. He was arrested and has been remanded in custody in Pahrump Prison. Impairment was suspected.

Bucknell gathers past the Saints in overtime

As a result of the crash, US 95 between state route 160 to state route 373 was closed for hours while officials investigated the deadly crash.

The accident happened about 90 miles northwest of Las Vegas.

This is a development story. Please come back for updates.