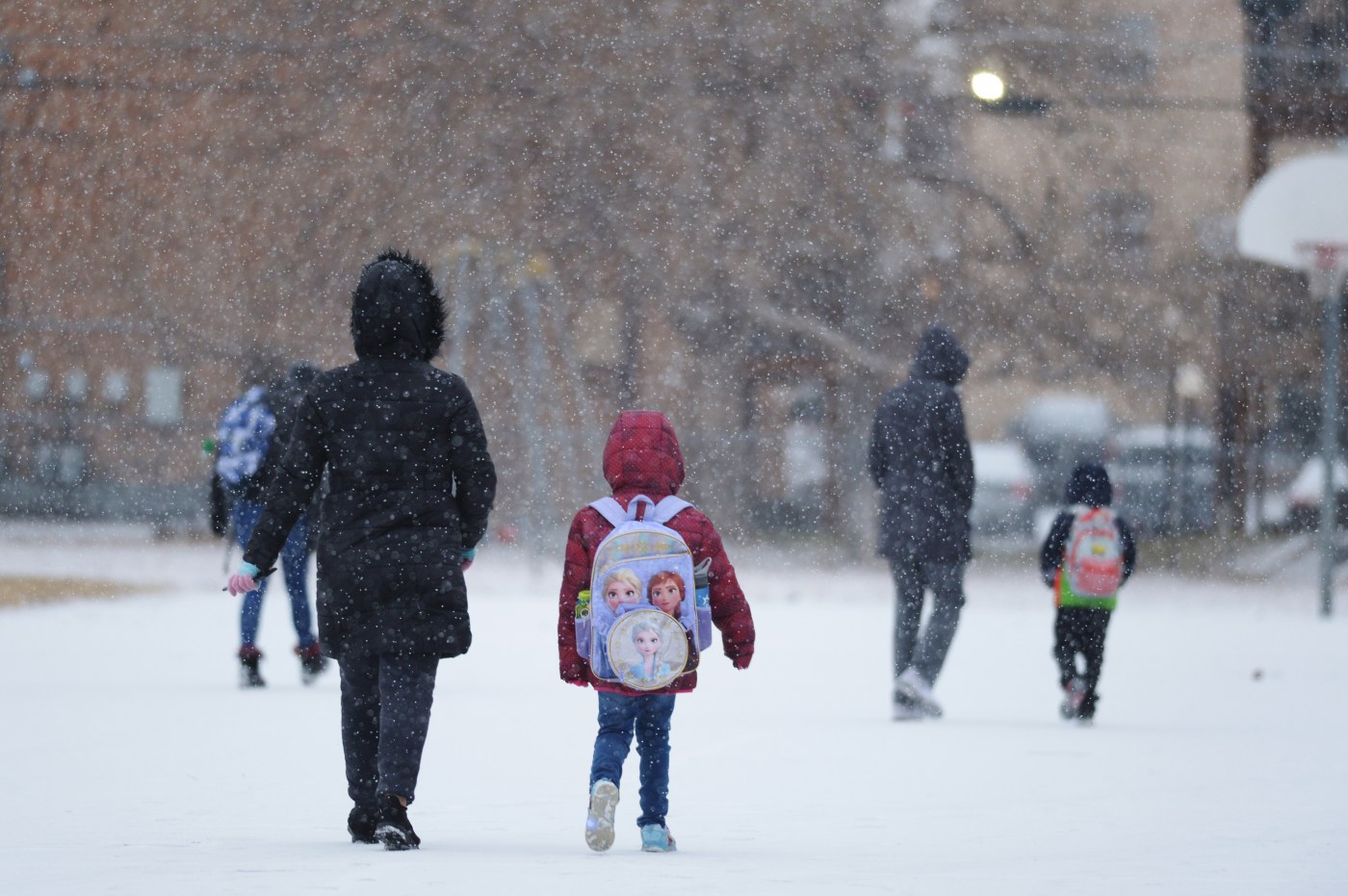 Adam’s 14 school district announced Thursday that students will return to the classroom next week, but made it clear that the decision was against school and district leaders’ desire to wait another week before completing virtual learning.

Instead, they said the district management company instructed students and staff to be at the school on Tuesday – a performance that MGT Consulting disputes – as the conflict over when to resume personal learning has become just the latest round of the feud between the two.

“This is just another example of patterns of activity that go beyond being unprofessional and that cross the line of revenge,” said Robert Lundin, CEO of Communications and Special Projects for Adams 14.

The relationship between Adam’s 14 and its state-run leader reached a new level of hostility this week after it was revealed that the school board is suing the company for allegedly violating state public records, voting to terminate its contract with the company and sending a message to MGT Consulting states that its district manager, Andre Wright, can no longer contact the district or staff.

District officials even went so far as to lock Wright out of both his work email and school buildings, according to the district’s emails that The Denver Post has received.

“The tension over this decision is a sign of a bigger problem, which is that the district is violating the order of the State Board of Education – again,” Wright said in a statement. “Earlier this week, the principal inexplicably revoked my access to the district offices. This is the second time in six months that the district has locked out MGT, even though the district has accepted that MGT is the lead partner.”

Adams 14 announced on January 7 that the district was planning to move all schools to virtual learning for at least a week amid a rapid increase in coronavirus infections in Adams County. The Commerce City-based school district has about 6,000 students.

The movement was not surprising as the highly contagious omicron variant infects more and more coloradans, leading to an increase in COVID-19 cases and hospitalizations. School officials across the Denver subway have said they are doing everything they can to keep their buildings open for personal learning, but also warned parents to be prepared for individual schools or classes to go online as more of their employees become ill.

Adams 14 is one of the first districts to move all schools into virtual learning, and last week the district told parents it would decide by Thursday whether to remain remote or resume personal classes.

Adam’s 14 employees met on Thursday to discuss whether to reopen school buildings next week, and ultimately decided they wanted to wait another week to see what happens to cases and to give them more time. to develop a system they could use to relocate individual campuses or distance learning classes based on specific measurements, such as absenteeism, instead of the entire district.

The decision was supported by the district principals, and Superintendent Karla Loria asked both the school board and Wright, the MGT chief, to approve the recommendation before noon. 15, said Lundin.

Around 3:30 p.m., Lundin sent an email to the principals, saying that “Mr. Wright issued a directive instead indicating that all instruction should be done in person throughout the next week. No further explanation was given,” according to a copy of the email that The Post has reviewed.

The newspaper has not seen the first email sent by Wright or MGT Consulting, but a second email sent at. 16:20 by an employee of MGT Consulting on behalf of Wright – his email was interrupted – district staff told that this week should have been spent putting their plan in place and resolving teacher requirements in connection with mitigating the spread of viruses.

“This district has had enough time to carry out this work, and any additional time adversely affects the community,” the email said. “My recommendation is to return Monday for personal learning so far.”

Lundin said MGT Consulting’s response was a “directive” that the district was required to follow, noting that it came two days after the school board voted for the second time to sever ties with the company. (After the first time, the State Board of Education forced the district to work with the company and briefly withdrew Adams 14’s accreditation.)

“We have no idea what the consequences will be,” Lundin said. “It is understandable that families would feel uneasy and lose confidence. Children should not be caught in the crossfire of the adult agenda.”

MGT Consulting said it made a recommendation.

“After evaluating the current situation in Adams 14, I recommend that schools reopen for personal learning next week,” Wright said in his statement. “Our schools and offices take many precautions, and personal learning is so critical to students, especially after the disruptions of the last two years.”

At least part of the clash over whether to resume the personal classes arises because the response from MGT Consulting came from Wright.

The school board sent a message to the company on Tuesday, saying that while it expects MGT Consulting to work until its contract expires on April 11, Wright is no longer allowed to contact district employees. The announcement, obtained by The Post, says Wright broke his contract by firing an employee “outside his authority.”

“The concern is that this return to the school’s email that was sent out was based on an approval from Andre Wright, and the district has previously informed MGT that Andre Wright may not have any other contact with the district or district staff,” said Joe Salazar, a lawyer representing Adams 14’s school board in its lawsuit against the company.

He declined to comment further on the allegations against Wright. MGT Consulting rejected The Post’s request for an interview with Wright.

Adams 14’s school board is seeking public documents through a lawsuit related to an investigation by the company into “a personnel case.” The investigation took place when the district conducted its own financial audit, the results of which have not been made public.

A hearing on the trial is scheduled for January 21.