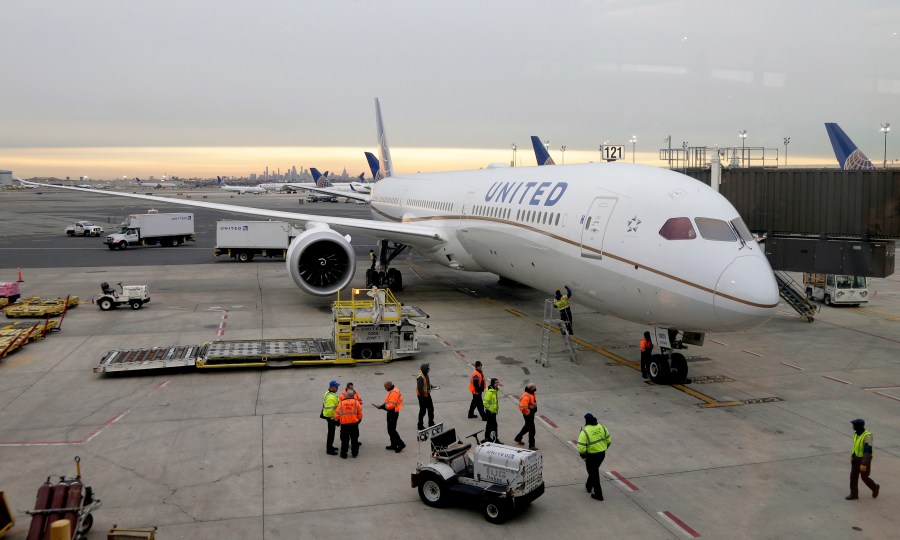 The aviation industry is stepping up efforts in a showdown with AT&T and Verizon over plans to launch a new 5G wireless service this week, warning that thousands of flights could be grounded or delayed if the rollout takes place near major airports.

CEOs of the country’s largest airlines say interference from the wireless service on a key instrument on planes is worse than they originally thought.

“To be honest, the nation’s trade will stall,” unless the service is blocked near major airports, CEOs said in a letter Monday to federal officials, including Transport Minister Pete Buttigieg, who has previously taken the airlines’ side in the matter. .

AT&T and Verizon plan to launch their new 5G wireless service on Wednesday after two previous delays from the original plan for a rollout in early December.

The new high-speed 5G service uses a segment of the radio spectrum that is close to that used by altimeters, which are devices that measure the altitude of the aircraft above the ground.

Two weeks ago, the companies entered into an agreement with the Federal Aviation Administration to delay service for another two weeks and reduce the power of 5G transmitters near airports. That delay ends Wednesday.

AT&T and Verizon say their equipment will not interfere with avionics and that the technology is being used safely in many other countries. Critics of the aviation industry say carriers had several years to upgrade altimeters that could be subject to interference from 5G.

The CEOs of 10 passenger and cargo airlines, including American, Delta, United and Southwest, said 5G would be more disruptive than originally thought because dozens of major airports would have to have buffer zones to prevent 5G interference with aircraft , will still be subject to flight restrictions announced last week by the FAA, and because these restrictions will not be limited to times when visibility is poor.

“Unless our large hubs are cleared to fly, the vast majority of travelers and shipping will essentially be grounded. This means that on a day like yesterday, more than 1,100 flights and 100,000 passengers would be subject to cancellations, redirects or delays, ”said the CEOs.