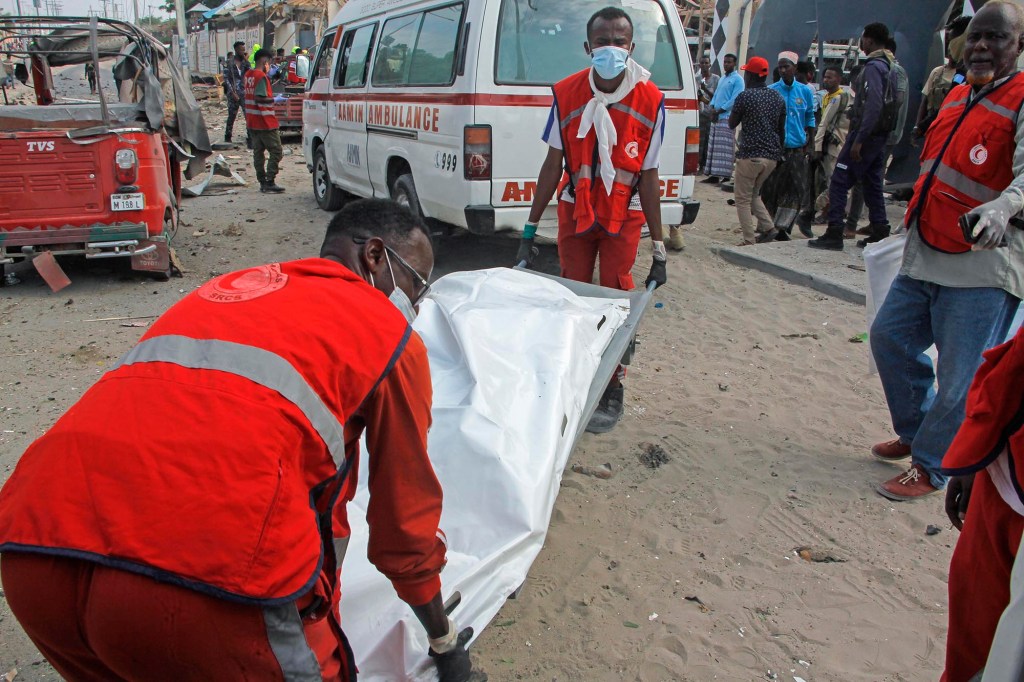 MOGADISHU, Somalia – A large explosion outside a school in Somalia’s capital on Thursday killed at least five people, including students, witnesses said. The extremist group Al-Shabab claimed responsibility for the attack.

The al-Qaeda-linked group controls large parts of Somalia’s rural areas and continues to frustrate efforts to rebuild the Horn of Africa after three decades of conflict.

The blast sent a smoke flag over a busy part of Mogadishu during the morning rush hour.

Abdulkadir Adan of Amin Ambulance Service confirmed the five deaths to the Associated Press and the service said at least 15 injured people were taken to a hospital.

Pictures show the explosion-cut part of the school, where emergency workers look through the collapsed roof beams and wooden benches.

Al-Shabab said in a statement from its Andalus radio that it was aimed at Western officials escorted by the African Union peacekeeping convoy. But a witness, Hassan Ali, told the AP that a private security firm was escorting officials and said he saw four of the security personnel wounded.

The attack took place as Somalia faces major questions about its political and security future. The AU peacekeeping force was supposed to withdraw from the country, but its mission could be extended due to concerns that Somali forces are not ready to assume responsibility for security. The United States said earlier this year that its withdrawal from Somalia had been completed.

A long-delayed presidential vote was due to take place in February, but now it looks set to be held next year.