I was relatively new to Kathimerini when I first interviewed Alekos Fassianos in his home in the late 1990s. The entrance was like a magical entrance to a universe designed solely by him, from the door handles to the lighting fixtures on the walls. I sat down in a state of wonder on the couch and observed every little detail. Friendly and intuitive, he sensed my awkwardness and became more talkative, something he was not used to. He also paused between sentences, as if it were difficult for him to speak. That was certainly not the case when it came to drawing. An incarnated doodle drawing on napkins, menus and tablecloths on taverns, his hand moved like a madman as it in a few strokes formed cyclists, swimmers, boats and houses. It was as if the pencil or paintbrush was an extension of his hand, driven by an almost supernatural force that gave each line form and substance.

He told me his entire life story in the first interview, beginning with his grandfather, who was a priest in a church right next to the house where he was born in Agioi Apostoloi, northeast of Athens. He associated his early childhood with the smell of incense and the darkness of ancient Byzantine churches lit only by candlelight. The saints with their halos and military costume were the heroes of his adventures, armed with lances, killing animals. In central Athens, as he grew older, he wandered the streets around Vathis Square, watching people in this impoverished neighborhood struggling to make a living. But he also visited the Acropolis and all the other museums in Athens on excursions with his mother, a philologist with a passion for ancient history.

All the figures on the icon screens, the ancient vases and the streets of the city merged – he used to say – into one in his mind. “I subconsciously created my future art in these surroundings. Where would I be without such scenes and symbols?” He stressed.

His father was a musician, and he learned to play the violin from a young age, which was what took him to the Athens Conservatory, where he met the composers Yannis Markopoulos and Mikis Theodorakis. But art was his true calling, so he passed the exams to enter the Athens School of Fine Arts in 1955, where he was taught by greats like Yiannis Moralis and Yannis Tsarouchis. He also hung out at the legendary Cafe Brazilian and spent countless hours conversing with Odysseas Elytis, Takis Sinopoulos, Eleni Vakalo, Miltos Sachtouris, Andreas Embeirikos, Costas Tachtsis and other influential people in the field of art and letters. He developed a deep interest in literature and poetry during these years and went on to illustrate numerous publications for them.

“These people were such a treasure trove for me that I wanted to express my gratitude and admiration in some way,” he said. It was the same with stage design, which gave him a special place in the Greek theater.

A scholarship in 1960 changed his life by sending him to Paris, where he studied lithography. As he grew up, he had been surrounded by streets named after great Frenchmen such as Victor Hugo, Charles Nicolas Fabvier and Francois-Rene de Chateaubriand, in Paris he quickly joined the circles of the great intellectuals of the time, such as the writers Jacques Lacarriere and Yves Navarre. He also met the Greek artists Vassilis Sperantzas and Nikos Stefanou, with whom he continued to create the famous studio in the Athens district of Kallithea. It was in a house with palm trees that the three rented when they returned to Greece from France in 1963 and lived until the beginning of the dictatorship in 1967. The three friends became known for their parties and sense of fun, and the house was a place for debate, discussion and synergies. It was also here that his signature “little men”, symbols of the Greek middle class, was born.

“I rode the first smoking cyclist there,” he recalled during our first interview. I was standing by the window looking at the sky when it suddenly came, inspiration, like the light of the Holy Spirit, to paint a man cycling with a cigarette in his mouth and smoke and hair billowing out. The room seemed to be filled with clouds when I painted it. “ 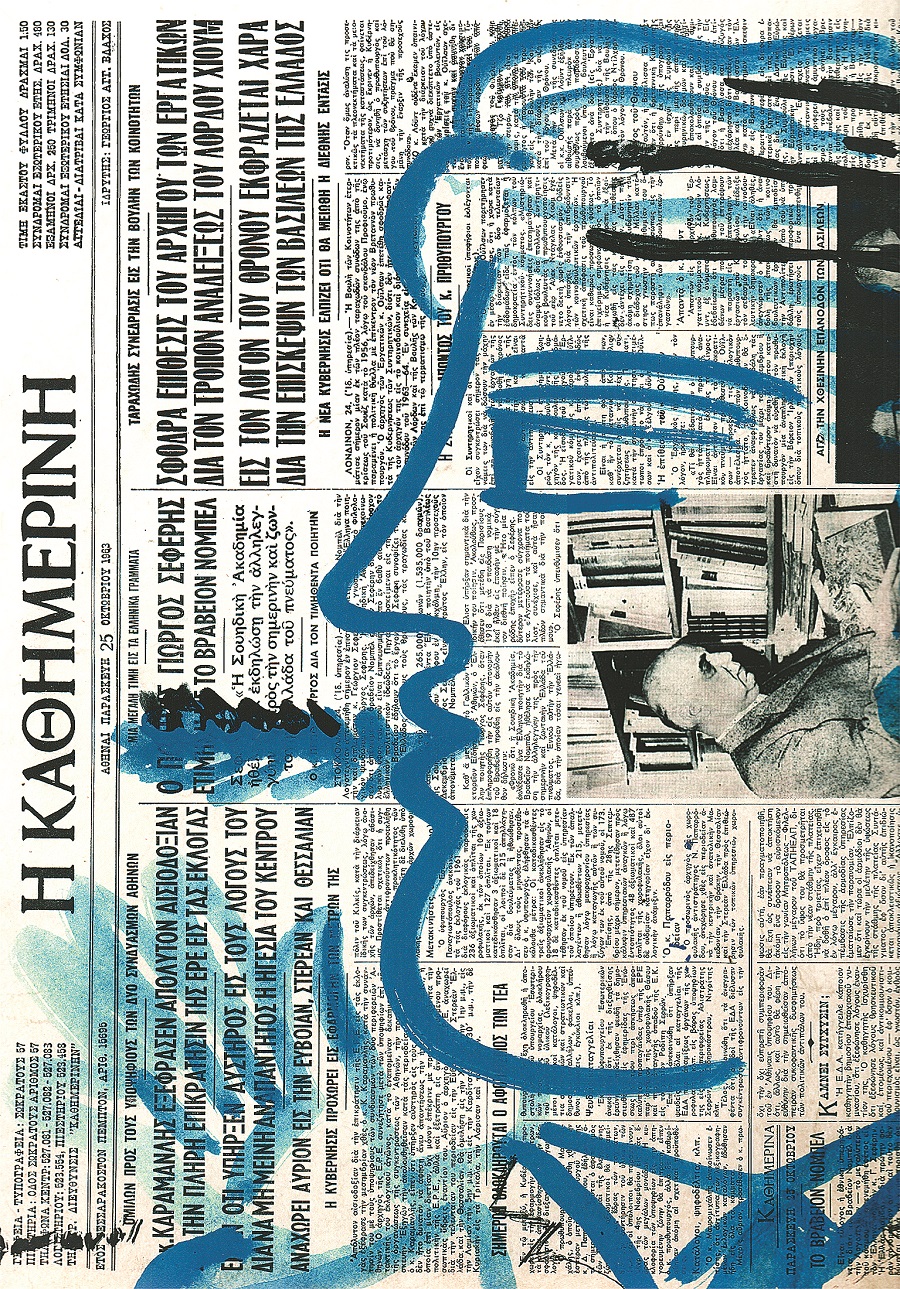 Fassianos returned to Paris when the military regime took over in Greece, and it was here that his career really took off, with shows in, among others, Alexander Iolas’ gallery. French critics and art lovers regard Fassianos as the artist who created the lasting connection between the gods of Olympus and mythology, to the Byzantine saints and on to the modern Greeks living under a totalitarian regime. He may also have been the last Greek to create such a marriage, thanks to his education and experience.

“Wait,” he said as I got ready to leave. And he gave me a small painting with a bright red figure now looking lovingly at me from the other side of my desk.