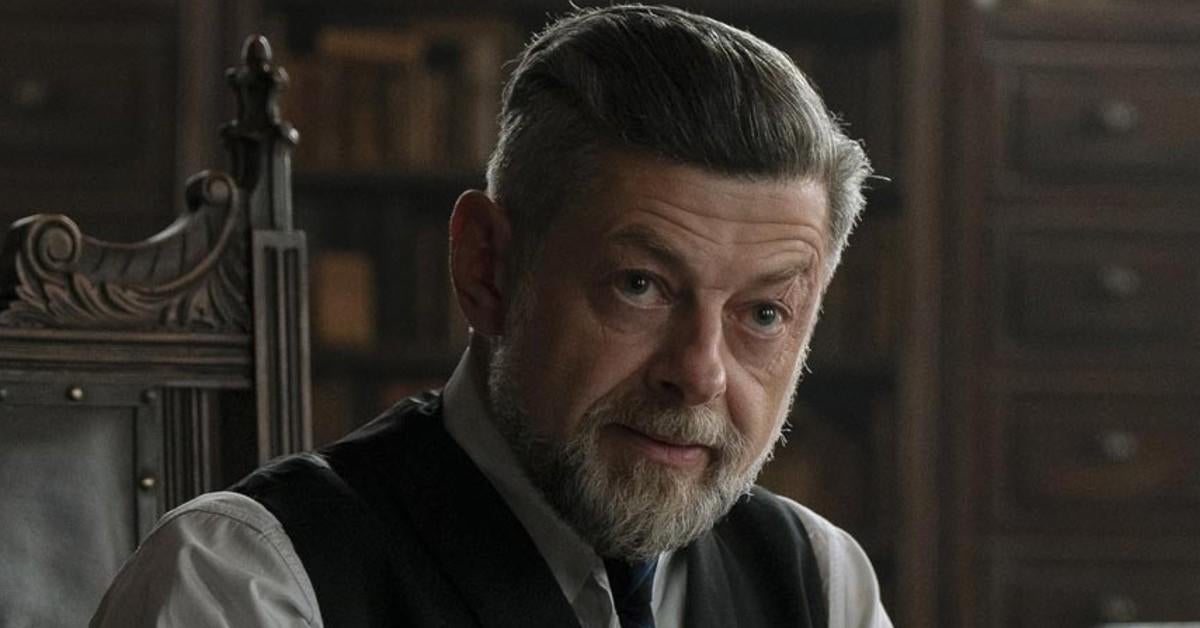 Andy Serkis is best known for playing Gollum in The Lord of the Rings trilogy and Ceasar in Matt Reeves’ Planet of the Apes movies, but the performer also has a big history with both Marvel and DC. Serkis played Ulysses Klaue in Avengers: Age of Ultron spirit Black Pantherand recently voiced the character on the animated series, What If …?. Last year, Serkis put on his directing hat for Marvel and helmed Venom: Let There Be Carnage. Now, the actor is making his debut as Alfred Pennyworth in The Batman. During a recent interview with Stephen Colbert, Serkis was asked if he’s more of a Marvel or DC guy, and the star gave a very diplomatic answer.

“I was just thinking, ‘Who’s gonna employ me the most after this moment ?,'” Serkis joked when Colbert asked him which franchise he prefers. “No, look, I love both worlds … I love the brightness and the boldness of Marvel stories. They’re all mythologies. And I do like the darkness of DC.” He added of both franchises, “They touch on real human emotions, on world events, on what’s going on around us. They are great allegories for our times.” You can watch Serkis’ interview on The Late Show With Stephen Colbert below:

As for Serkis’ upcoming role in The Batmanfans are eager to see the actor follow in the footsteps of actors such as Michael Gough, Michael Caine, and Jeremy Irons.

“I’ve been totally forbidden to speak about The Batmanof course, “Serkis explained in an interview with ScreenRant last year. “But what I will say is that I’m pretty certain Matt Reeves, who is a very dear friend of mine and of course we’ve worked together on the Planet of the Apes movies, I know for a fact he’s making a pretty amazing picture. I really think it’s going to be special. “

“It’s very much about the emotional connection between Alfred and Bruce,” Serkis said of the film in another interview with LADBible. “That’s really at the center of it. And it’s a really exquisite script that Matt has written.”

The Batman will see Robert Pattinson in the titular role alongside Colin Farrell as The Penguin, Paul Dano as The Riddler, Zoe Kravitz as Catwoman, Jeffrey Wright as James Gordon, John Turturro as Carmine Falcone, Peter Sarsgaard as Gil Colson, Jayme Lawson as Bella Real, and Barry Keoghan as Officer Stanley Merkel.