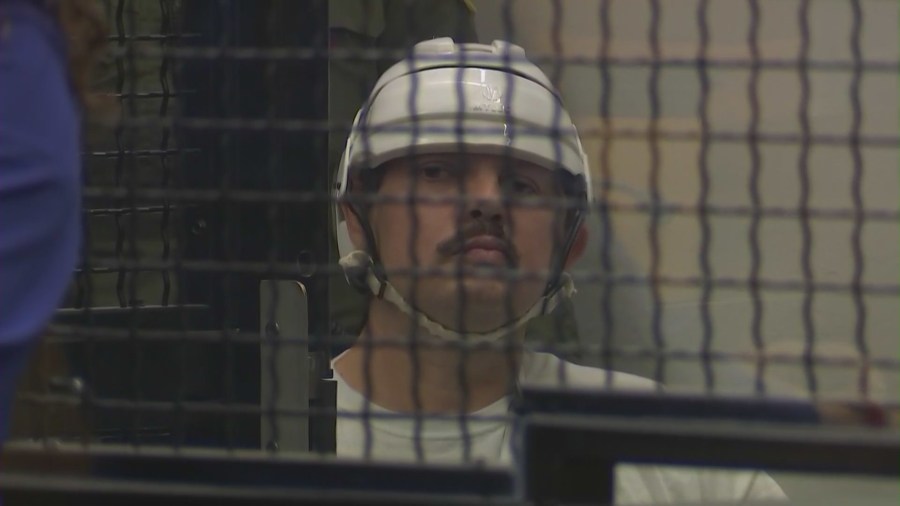 A judge ruled Friday that a man accused of killing four people in a shooting at an Orange real estate office is not competent to stand trial because of injuries he sustained in a shootout with police.

Aminadab Gaxiola Gonzalez was shot in the head and his lawyer had said he might not be able to understand the charges against him. He did not speak at the hearing and did not show any obvious reaction to the case, the Orange County Register reported.

The case is now suspended indefinitely.

The district attorney’s office said any medical expert who has evaluated Gaxiola Gonzalez has concluded that he is not competent to help his attorneys because of “deficits” caused by the wound.

“He will now be evaluated by medical professionals who will assist the court in determining his future placement and medical treatment plan in an attempt to restore his jurisdiction,” a statement from the District Attorney’s office said. “He will continue to be placed in a locked facility.”

Authorities had to use bolt cutters to break bicycle locks that had been used to close the gates at the business complex.

Family members of the victims were in the courtroom, where Judge Cheri Pham of the Orange County Supreme Court told them that the case could not proceed unless the defendant was found competent.

“Everything that is happening now is out of everyone’s control,” Pham said according to the Register.

“We are struggling with the system and yet there is nothing we can do,” said Raquel Ramirez Quiroz, aunt of one of the victims. “This is just a nightmare and we can not wake up … I hope it goes faster, because the justice we do not achieve splits this family apart.”

Gaxiola Gonzalez is charged with murder in special circumstances for the killings of Jenevieve Raygoza, 28; Luis Tovar, 50; Leticia Solis Guzman, 58; and Matthew Farias, 9. He is also charged with the attempted murder of Matthew’s mother, Blanca Ismeralda Tamayo, and for allegedly shooting at two officers who were not injured.

Authorities have not revealed a motive for the attack. His estranged wife worked in the company for more than a decade. But Aleyda Mendoza texted the Associated Press that she and Gaxiola had been separated for two years, and “he never told me anything about where he was staying or what he was doing.”