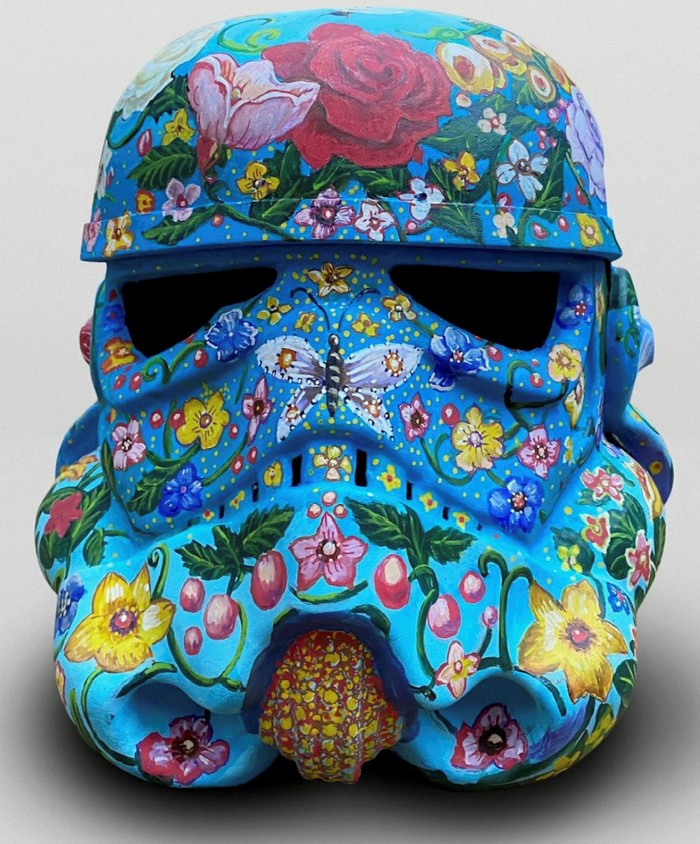 Star Wars Stormtrooper helmets made by artists including Sir Anish Kapoor and David Bailey have been photographed and sold as non-fungible tokens (NFT) without their consent, with images sold for millions of pounds in total on Monday.

Curator Ben Moore took pictures of some of the helmets from a project called Art Wars, created by more than 300 artists since 2013, and sold them for cryptocurrency as NFTs on the OpenSea trading platform. More than 1,600 ethereum (£ 5m) had been transferred since the collection of 1,138 images went on sale yesterday.

An NFT attributed to Kapoor had a price tag of 1,000 ethereum, as it was already marketed for resale on the site on Monday, while another work attributed to Bailey was on resale for 120 ethereum. Both images have since been removed from the page.

According to legal representatives, about 12 artists are considering legal action against the project.

A Bailey representative said he had not given permission or received any of the profits from the sale. They said they would investigate the matter. Kapoor’s team declined to comment.

Damien Hirst, whose work was included to promote the collection but not sold as an NFT, did not respond to a request for comment.

The Art Wars NFT page on OpenSea was removed yesterday. OpenSea said it had received a copyright infringement notice and complied with it.

The dispute highlights the debate over the ownership of NFTs. Buyers of NFTs do not own the physical work of art, and digital versions are sometimes sold without the permission of the original owners, leading to conflict over intellectual property.

Moore sent an email to artists on Nov. 4 informing them of the collection, but some artists said the email went in their junk directories, their lawyers have claimed.

Moore did not deny allegations that he created the NFTs without the permission of the artists. “[Art Wars] regrets that some of the artists were taken aback and have since expressed that they prefer not to be included – of course we have respected these wishes, “he said.

Any artist left in the project will “receive royalties in the usual way”, Moore added, saying the NFT project had raised £ 30,000 for charity.

Meanwhile, a recording of Moore shared on Twitter and originally posted on his Instagram stories early Monday, it appeared to show him wearing a Stormtrooper helmet, firing a gun into the air and boasting of earning “two miles on the NFT”.

London-based artist Helen Downie, who goes by the name Unskilled Worker, is among those threatening lawsuits after she found out that two of her helmets were sold as NFTs through Twitter.

“I was originally tagged in a tweet from a buyer who said they were happy to own a piece of my work,” she said. “The problem was that I had no idea how they had bought it.

“If the exploitation of artists’ IPs remains unchallenged, this behavior will ruin and ruin what is a truly exciting space for both artists and collectors.”

The photographs of Unskilled Worker art were successfully removed from the Opensea platform upon request.

The Design and Artists Copyright Society said that embossing NFTs without the permission of artists has “the potential to destroy how we as a society value creativity”. It makes inquiries to several artists involved.