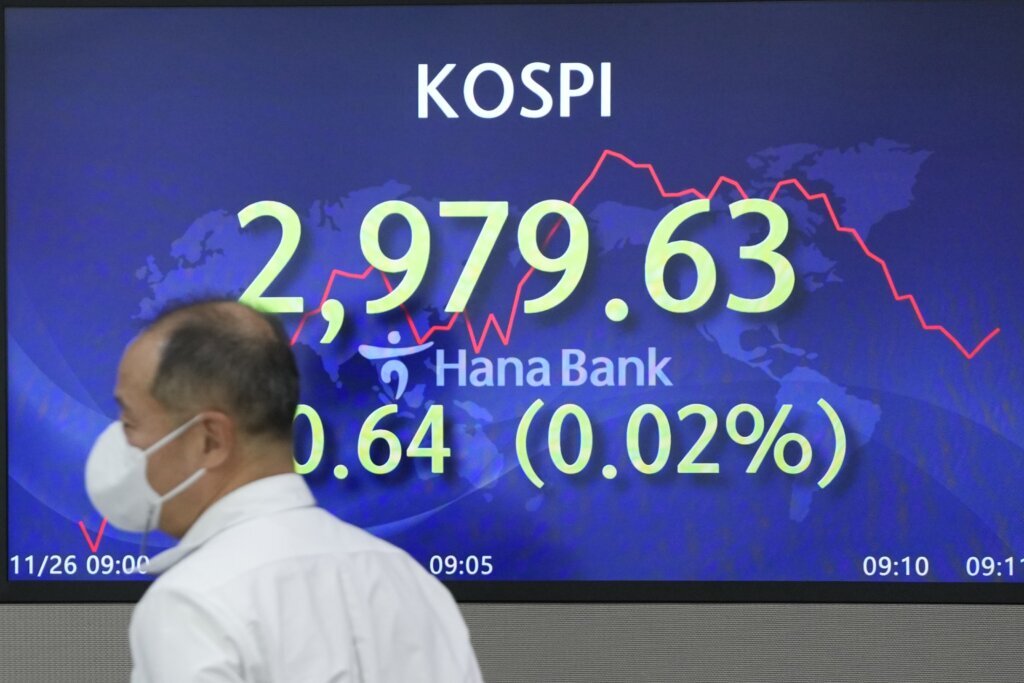 Shanghai, Tokyo, Hong Kong and Sydney fell. The US markets were closed on Thursday due to a public holiday.

Austria imposed a nationwide 10-day lockdown after its daily virus deaths tripled, while Italy imposed restrictions on the activity of unvaccinated people. The US government advised the Americans to avoid Germany and Denmark. Researchers in South Africa said a new variant was spreading among young people in its most populous province.

“Investors are likely to shoot first and ask questions later until more is known,” Jeffrey Halley of Oanda said in a report.

The Wall Street benchmark S&P 500 closed Wednesday with 0.2 percent. US markets are set to reopen Friday for a shortened trading session.

Investors were already more cautious after Federal Reserve officials in notes from their October meeting released this week predicted the possibility of responding to higher inflation by raising interest rates faster than previously planned.

Financial markets had been encouraged by the earnings of strong US companies and signs that the global economy was on the rise again after last year’s historic fall in activity due to the pandemic. Share prices have been raised by light credit and other measures implemented by the Fed and other central banks.

Investors worry that central bankers may feel pressured to withdraw the stimulus earlier than planned due to stronger-than-expected inflation. The Fed said earlier that it foresaw keeping interest rates low until the end of next year.

In the energy markets, benchmark US crude fell $ 2.22 to $ 76.17 per barrel in electronic trading on the New York Mercantile Exchange. Brent crude, the price base for international oils, fell $ 1.84 to $ 79.08 a barrel in London.