Craig Foltos has had plenty of patrons sitting in his barber chairs at the Foltos Tonsorial Parlor in downtown Batavia over the past many decades.

At the moment, he does not mind if one of these chairs has a lot of winter clothes stacked on it – because that is where he stores used and new clothes, he collects annually for those who need it.

In fact, Foltos has been holding winter clothing shows for so many years that donors generally know they need to bring him used clothes in good condition pretty much all times of the year.

“There is a great need for people in the community, so we take new or used coats or something,” Foltos said. So “anything” would include snow pants, hats, gloves, scarves and boots.

“We do it every year until it’s not cold outside, then we do it again when it gets cold outside,” Foltos remarked.

“But you know, in the spring and summer, when people bring down clothes that are summer clothes, I find people who need help with summer clothes,” he added. “For as much prosperity as there is in society, there are also many hardships.”

Those who need help tend to be reluctant to seek it, but Foltos keeps its ears open about those who may need some help. In the tradition of the little urban hairdresser that everyone knows, Foltos talks to many people and has many contacts.

“Sometimes I know people who need help, sometimes I take the clothes to the closet (an extension of Batavia’s interfaith pantry),” Foltos said. “I’m just trying to get the clothes into good homes where people will appreciate it.”

Folto’s Tonsorial Parlor also knows how to get the message across on social media – and how to lure a celebrity in to help advance a cause.

On Facebook, Karly Bieritz posted a picture of Heaven, the rescue originally from a Batavia animal boarding school that recently won the world’s cutest rescue competition through People Magazine.

Bieritz, who works at Foltos Tonsorial, showed Heaven draped in a winter jacket, blinking with his now-famous smile as his family made a donation to the cause.

Those interested in helping can drop off winter gear at Foltos Tonsorial Parlor, 7 E. Wilson St. in Batavia until, as Foltos says, it is no longer cold.

We know it will not happen for several months at this time.

He is grand, marshal or not: 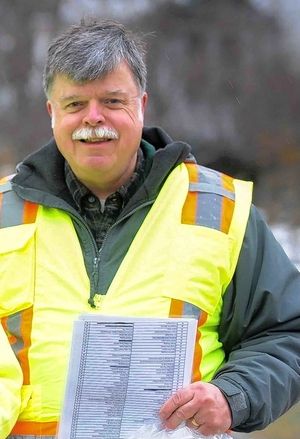 Since I know my friend Steve Martin, as I do, it seems pretty safe to say that the latter, this former banker and longtime St. Charles’ spokesman extraordinaire had in mind when he volunteered to organize the city’s holiday parade for the past many years, was actually to become the focus of that parade.

But here we are, with one of the most worthy Grand Marshal choices one could ever hope for. Steve Martin will serve this role for the city’s electric Christmas parade at. 17.30 Saturday 27 November.

This wonderful holiday event has been made possible by hundreds of organizers and helpers over the years, and thousands of parade participants and hundreds of thousands of bubbly parade spectators along Main Street.

Martin has had his fingerprints throughout this event in terms of helping to organize the parade flow, as well as advising other volunteers on what to do and when during one of the busier nights, the city engages throughout the year. . It should be noted that he is doing the same for the city’s Memorial Day parade.

Given his love for the Beatles and Portillo’s, my first thought was that Portillo’s sponsored the holiday parade, or else the event should somehow have a Beatles theme.

Martin is also easily in love with number 9, and probably plays the Beatles’ “Revolution 9” song, but that’s a whole other story. Still, he’s probably trying to figure out how 9 will play a role in the parade, as maybe his float will begin its journey on the route at 5:39 p.m. Yes, he is so engrossed in the number.

It has been fun to celebrate with the various major marshals over the years, including in 2016, when TV stars Donnie Wahlberg and wife Jenny McCarthy took on that role when we welcomed them as new St. Charles residents.

But it’s perhaps the only time a guy who helps organize the parade actually takes his bow by jumping on the Grand Marshals float to a well-deserved applause.

Wet nose on the go:

Shoppers looking for pet food, supplies and toys at Wet Nose in the Geneva Commons will soon have another place to roam.

A new Wet Nose store has been under construction on the west side of the Commons property on a site that previously housed Charming Charlie’s accessories. It is next to the empty storefront that once housed the shoe store The Walking Company.

Although still operating from its current location a little further east at 1510 Commons Drive at the time of this writing earlier this week, the Geneva Commons office informed me that the plan for the new Wet Nose is to have a grand opening on Black Friday, with a soft opening prior to it.

But it all depends on construction plans and schedules for completion. So keep an eye on it as you drive through the Geneva Commons. I want to say this: Wet Nose stands out well in its new location.

The market must continue:

Winter does not close the activity at the farmers market in Batavia, as the downtown organization Batavia MainStreet tells us that the season for indoor markets runs from 6 p.m. 9am for dinner on Saturdays now and until May.

Indoor market is held at 160 First St. in Batavia, featuring around 25 vendors each week selling what you want in a marketplace – locally grown produce, meat from farms, eggs, fresh pastries, honey, homemade soaps and numerous other items.

Metronet sponsors the market, while Batavia Enterprises hosts. Customers who use the Supplemental Nutrition Assistance Program or Pandemic EBT benefits can use them to purchase approved foods on the market.