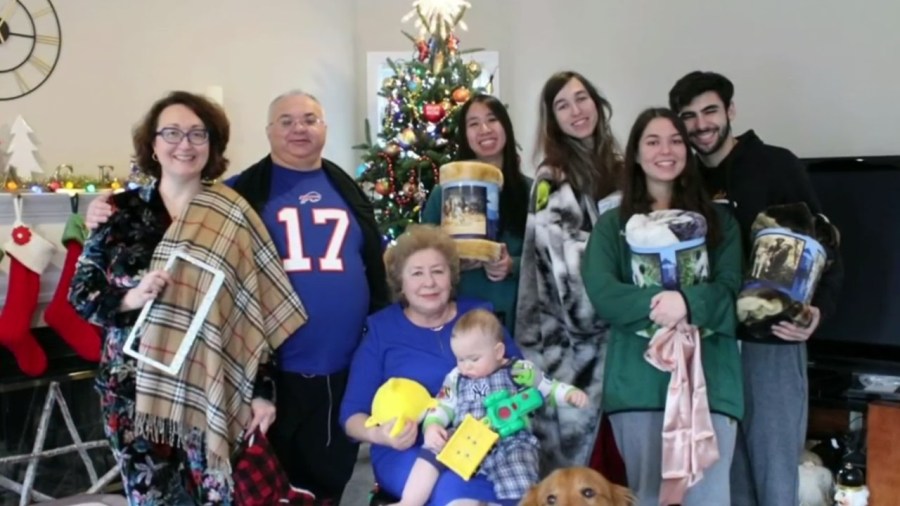 For many, it is the first year since the pandemic began that they will gather with the family for the holidays.

Alexander Chekhov is a hospitalist at United Memorial Hospital in Batavia. He said he gathered with his entire family for Thanksgiving for the first time in two years.

He said things are starting to feel normal again, but he still remembers the feeling of helplessness.

“I have a lot of colleagues working in New York City, so in the beginning we heard stories about how bad it was and waited and prepared for it,” Chekhov said. “That was when it became, I feel, really overwhelming, and it was the only time we did not have any open beds in the hospital.”

He said the worst period at his hospital was between September 2020 and January 2021. They usually had 30-40 patients in the hospital, but during that time they had 70-80.

“A lot of people were really scared, for the right reasons,” he said. “A lot of time was spent with the families and patients explaining what was going on, what was going to happen.”

Something he said he will never forget are the names of the people who died. He said he felt helpless as he did everything he could but still lost people.

Every day when Chekhov went home, he had a system in place to ensure that his wife, college-age daughters, and two-year-old son were not exposed to what he might have brought in from the hospital.

“We have a room on the side, so I completely undressed and took a shower, then I was allowed to go into the house,” he said.

Despite his caution, his daughter brought the virus home from college earlier this year.

Chekov was vaccinated, but it was too early for the rest of his family to get the shot. He never caught COVID, but saw his wife and daughter fight and defeat the virus.

Fast forward to now, he still treats a lot of unvaccinated patients for COVID. He said these patients regret not having received the vaccine and he urges people to get the shot.

Looking back, he said he is proud of the work his colleagues have done in the toughest times.

“I think we did well, I think everyone worked hard and did our job, and I’m really proud of people who work with me,” he said. “I’m a life-born optimist, I think everything will be fine.”

Kayla Green is a reporter who has been part of the News 4 team since 2021. See more of her work here.