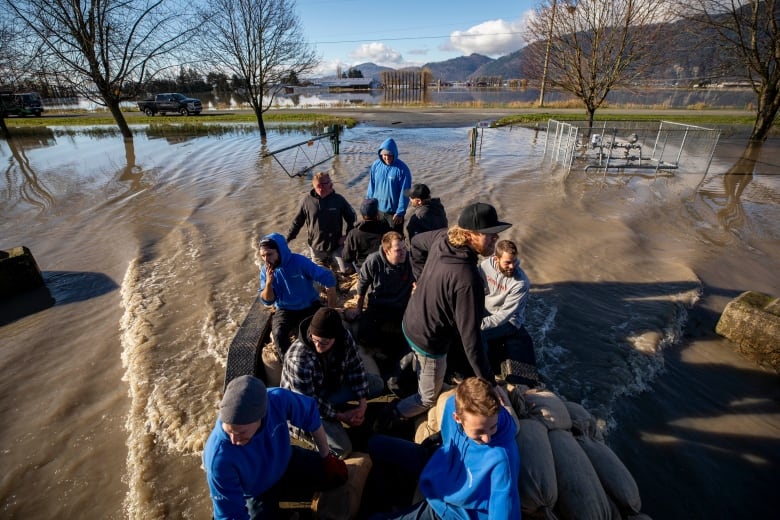 As catastrophic floods continue to affect the supply chain in the southern BC, provincial officials have announced new limits on petrol purchases for unnecessary vehicles and travel restrictions along damaged highways.

Minister of Public Safety Mike Farnworth announced on Friday that members of the public in affected areas will be limited to 30 liters per day. visit to a gas station.

“It’s 10 to 11 days for us to get together as a province. If we’re greedy, we will fail,” Farnworth told reporters.

The heavy rains that hit the southern BC, which started last weekend, forced the closure of the Trans Mountain pipeline, which supplies some of the province’s fuel supply. Railway lines and the highway system were also severely damaged.

Farnworth said the order includes requirements for gas dealers to ensure their supply lasts until Dec. 1, and that the county will work with them to make sure that happens.

Gas stations and wholesale distributors will also be banned from price spills, and customers who are violent, threatening or belligerent towards employees may be fined.

Farnworth declined to say how close the province is to running out of gas, but noted supplies are being brought in from Alberta, Washington, Oregon and California.

“If we follow the orders that are in place today, we will succeed,” he said.

Farnworth also announced an order banning unnecessary travel on three stretches of highway hit hard by floods and landslides, saying police checkpoints will be set up in critical areas.

Highways where unnecessary travel has been restricted include:

Transport Minister Rob Fleming announced the reopening of Highway 3 during the same press conference. Assessments are still ongoing for the Coquihalla Highway, which was severely damaged or washed away in several places between Hope and Merritt.

More than 14,000 residents of BC remain on evacuation orders after floods and landslides in the past week, according to the province.

Agriculture Minister Lana Popham said 20,000 acres of farmland were affected and 959 farms are currently on evacuation order. Thousands of animals have died in the floods; she said 35 vets are on standby to help those rescued.

She said there have been tensions between police trying to protect people from dangerous conditions and farmers trying to reach their barn, urging everyone to respect the evacuation orders that are in place.