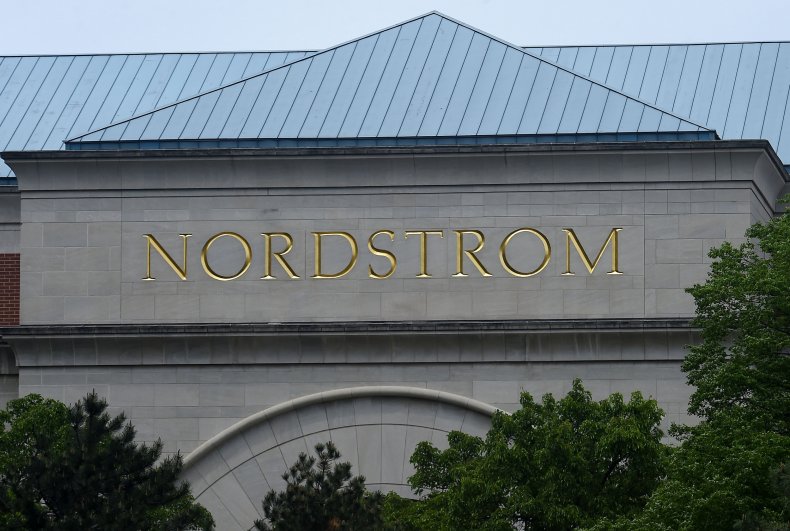 A Nordstrom store in a Los Angeles County mall was robbed Wednesday night by thieves who used a chemical spray on a security guard to enter the building.

The store, located at Westfield Topanga & The Village Mall in Canoga Park, was hit by a group of thieves shortly before 7pm local time when some shoppers were still inside the store, according to KABC-TV.

Deputy Chief Alan Hamilton of the Los Angeles Police Department (LAPD) told KTLA-TV that one of the thieves pushed and sprayed a security guard in the store with “some kind of chemical” while others in the group rushed in to grab items . “A series of high-value handbags” were among the items taken during the robbery, Hamilton said.

A Nordstrom employee who spoke to KTLA described that thieves smashed screens to gain access to handbags and other small items. She said she had “several colleagues struggling to open their eyes” after the chemical spray was applied, with one colleague experiencing burns on their face and another having trouble breathing.

After grabbing items inside the store, the thieves fled the mall in a vehicle waiting for them right outside, Hamilton told KTLA. He described the vehicle as a gray or blue Ford Mustang.

The LAPD said in its press release Wednesday night that it was investigating the Nordstrom incident and another “flash mob” theft that took place near Beverly Hills and West Hollywood in the Beverly Center. In the second incident, “groups of suspects” walked into several stores in the mall and took items while walking, police said.

Wednesday’s incidents are the latest in a wave of retail thefts that have been reported over the past few weeks around Los Angeles and the Bay Area. Some of the thefts that have taken place in the past week involved dozens of people stealing items at the same time in what law enforcement officials have said they suspect was a coordinated effort.

California Gov. Gavin Newsom responded to the retail thefts earlier this week by instructing the California Highway Patrol to boost patrol around major retail hubs throughout the holiday season.

In Southern California, the LAPD this month announced a task force to investigate what is being described as “companion home” robberies. Regarding the recent rise in retail thefts, Hamilton told KABC-TV that holiday customers could expect to see an increased police presence in the coming weeks.

“We’re spending extra resources on it this holiday season,” he told the station. “You’ll get to see many of us, much more than you would normally see us.”

Newsweek contacted Nordstrom for a comment on the robbery Wednesday night and will update this article with any answers.