Despite Prime Minister Naftali Bennett’s recent call for Israelis to avoid traveling abroad due to COVID-19 fears, his office announced on Wednesday that his wife and children are going on holiday abroad.

The premiere later tried to explain and argued that he no longer discourages international travel because of the details that have been learned over the last few days about the Omicron variant of coronavirus.

According to the Prime Minister’s office, the family originally planned to travel with the children to another location, but changed destinations after the original destination was marked as “red” and blocked for travel for Israelis.

All of the nations currently listed as “red” are in Africa, where Israel has imposed travel restrictions due to concerns over the new Omicron variant, which was first reported by South Africa. Hebrew media reports said Gilat Bennett and the children had planned to fly to Mauritius.

However, a statement from Bennett’s office said that “following the COVID Cabinet’s decision to leave the skies open for Israeli travel”, the family will go abroad and “comply with all guidelines and rules” related to COVID-19.

The trip comes while Israel is holding the Hanukkah holiday, where most children are free from school.

Bennett’s office did not specify where his family will now travel. 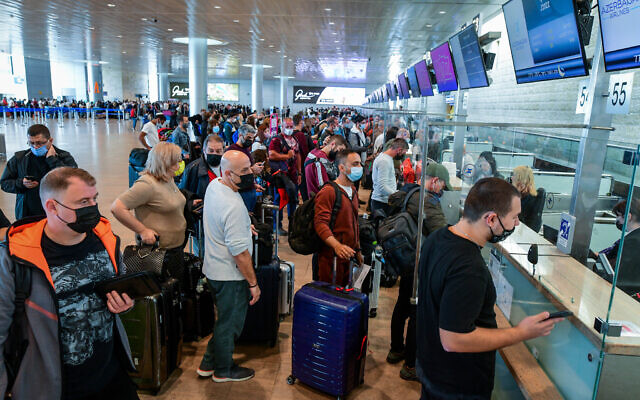 Bennett’s recent remark that he would ask Israelis to refrain from visiting abroad had come when new travel restrictions came into force, as part of several COVID-related measures approved by the government to block Omicron from spreading. the country.

“If anyone asked me, I would not currently recommend flying abroad right now in the midst of a level of uncertainty like this,” Bennett said during a news conference Friday, “that’s the truth.”

He also said: “Right now we have to show a special responsibility – we as a government and you as citizens. To stand together, to take responsibility for each other, to be careful.”

In a Knesset speech last year, Bennett declared, “We must not just lead a state. We must set a personal example.” 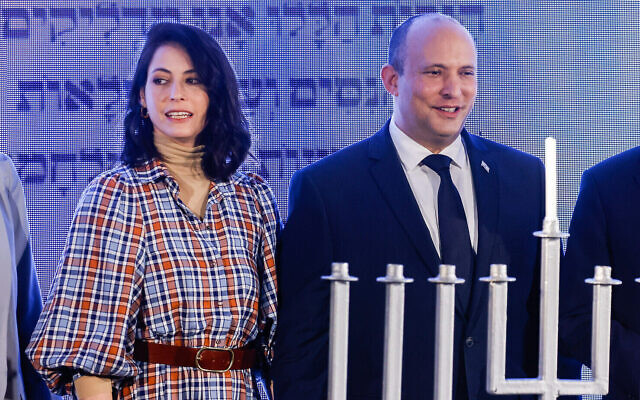 Several lawmakers in former Prime Minister Benjamin Netanyahu’s opposition Likud party criticized Bennett after the announcement of the trip, which came days after the prime minister said he would recommend Israelis avoid flying abroad for unnecessary travel because of Omicron.

“This is how it is when the political lies become the norm and the personal example is trampled on in public. Simply rude, “Likud tweeted MK Israel Katz.

Bennett later withdrew from the criticism.

“I understand the criticism, but since Friday we have learned much more about the variant and in which countries it spreads, and the government has made decisions about which countries it is allowed to travel to and under what conditions,” the prime minister wrote. Facebook.

He said his family chose a new destination after learning of the new travel restrictions.

“They all comply with the restrictions and will, of course, be quarantined as required,” he said.

He also said he did not believe there were current reasons to “hermetically” seal Israel’s borders for air travel.

In addition to blocking travel to several African countries, the government has also banned foreigners from entering Israel and required those returning from abroad to spend at least three days in quarantine.

The travel restrictions will remain in place until at least December 7th.

Bennett has defended the new measures, which include the controversial use of phone tracking to locate suspected Omicron infections, citing the uncertainty surrounding the new variant.

Israel has so far confirmed four Omicron cases, while several dozen others are suspected of having been infected with the new variant.