Erica Mena denies rumors that she did not want Safaree Samuels in the room when she gave birth to their second child: I never said or thought about not having him in there

Erica Mena and Safaree Samuels the relationship has been stony for some time. As previously reported, the two have been alienated for a while and both have taken to social media to bash the other. This time Erica Mena wants to address rumors claiming she did not let her now ex-husband enter the delivery room for their second-born child.

Erica Mena addressed the rumors on Twitter and said it is being wrongfully brought to justice by Safaree’s legal team.

“It seems that I still keep coming across this false narrative that I did not allow my ex-husband to enter the delivery room. When it was brought to court, it was extremely surprising to me, especially because I was in the hospital before and no effort was made at all to be present. ”

She completely denied the rumor and said she would never say such a thing. Men tweeted,

“So let’s clarify this once and for all. I NEVER said or thought about not having him in the delivery room. Maybe it’s because of a bad conscience or a money-hungry lawyer in the end that led to it even being sued. Never been or will be the type to keep him from them. ” 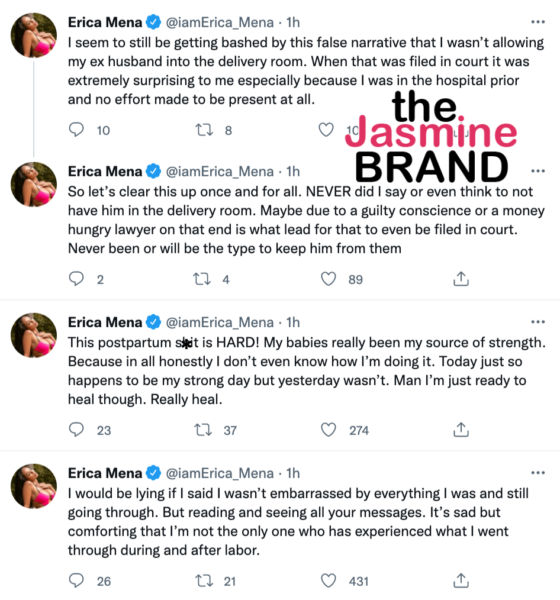 Men went on to explain how Postpartum has really been difficult for her and that her children have been her “source of strength”.

What do you think of Erica Menas’ tweets? Let us know in the comments.