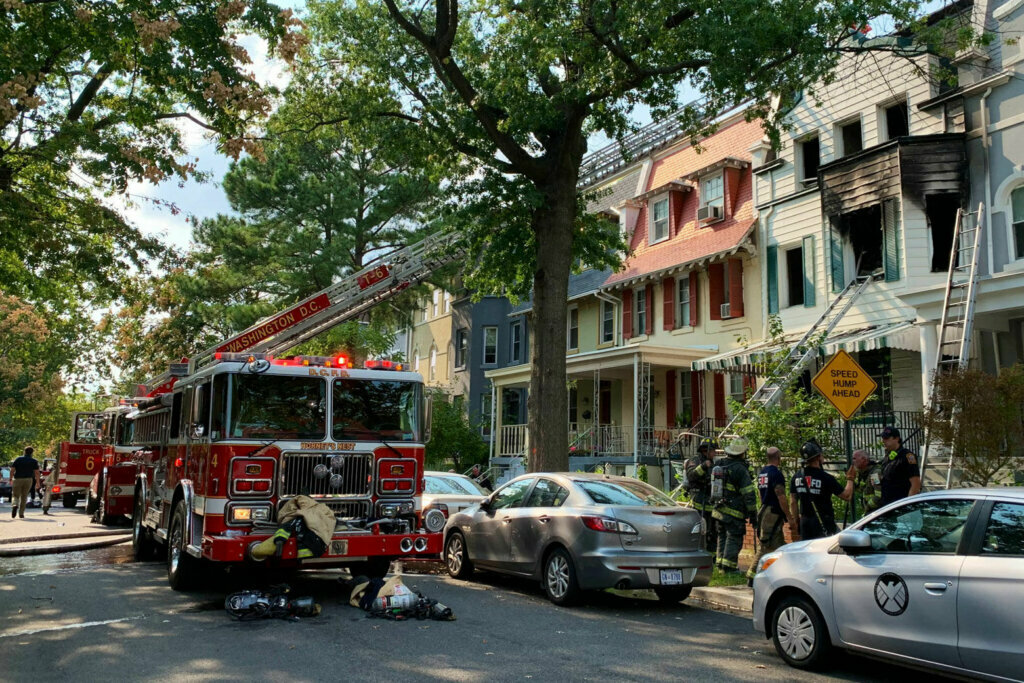 A 7-year-old girl was killed in a fire in Northwest DC on Tuesday afternoon.

A 7-year-old girl was killed in a fire in Northwest DC on Tuesday afternoon.

DC Fire and EMS said the fire started in a townhouse on Quebec Place, near the avenues of Georgia and New Hampshire, around 1 p.m.

Fire Chief John Donnelly said firefighters found heavy fire in front of the house, with flames coming out of the second-floor window. They told firefighters that a girl was inside.

Donnelly said firefighters got through the flames, got the girl out and took her to a hospital, but that she died there.

The fire was quickly extinguished. Donnelly said the houses on each side were not involved and that they should be habitable.

The fire department is still investigating, he said; he does not yet know what caused the fire.

“Keep the family in your prayers,” Donnelly said.

Get the latest news and daily headlines delivered to your email inbox by signing up here.

© 2021 WTOP. All rights reserved. This site is not intended for users within the European Economic Area.