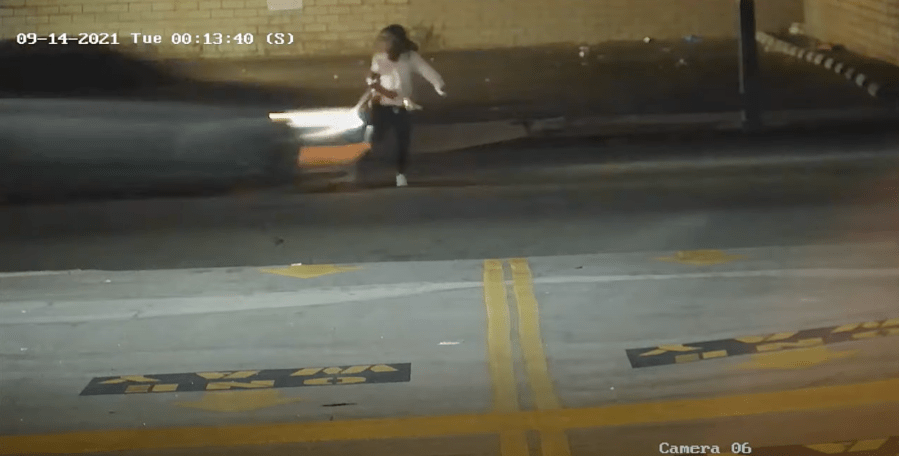 Authorities released videofilm Wednesday, as they sought public help to identify a hit-and-run driver who killed a woman on a skateboard in Tarzana a day earlier.

Around 12:30 a.m. Tuesday, a silver four-door sedan was driving south on Tampa Avenue, south of Oxnard Street, when it collided with a pedestrian riding on a skateboard that was driving outside a marked intersection in Tampa, Los Angeles police said. Angeles. in a press release.

The driver of the sedan fled in the car and drove south toward Tampa without stopping or trying to provide assistance.

The Los Angeles Fire Department responded to the scene and declared the skateboarder dead. She has only been described as a woman in her early 30s as her name is being withheld pending notice of relatives, the LAPD said.

Surveillance video from the area shows the woman using her foot to stop her skateboard as she returns and appears to notice the car zooming in her direction. She can be seen trying to run away, but the car comes to her before she can move off the road.

The drive-and-run vehicle is believed to be a possible 2013-2018 Toyota Avalon silver sedan with damage to the front of the car.

The investigation is ongoing.

“Drivers are reminded that if they become involved in a collision, they must retreat and stop as soon as it is safe to do so, notify rescue services and remain on the scene to identify themselves,” the LAPD said.

A reward of up to $ 50,000 is available to community members who provide information that leads to the perpetrator’s identification, fear, and belief or solution through a civilian compromise.

Anyone with hit-and-run information should contact Detective Wade at 818-644-8036. During non-opening hours or on weekends, calls should be directed to 1-877-527-3247. Anyone wishing to remain anonymous should call the LA Regional Crime Stoppers at 1-800-222-8477 or go directly to www.lacrimestoppers.org.