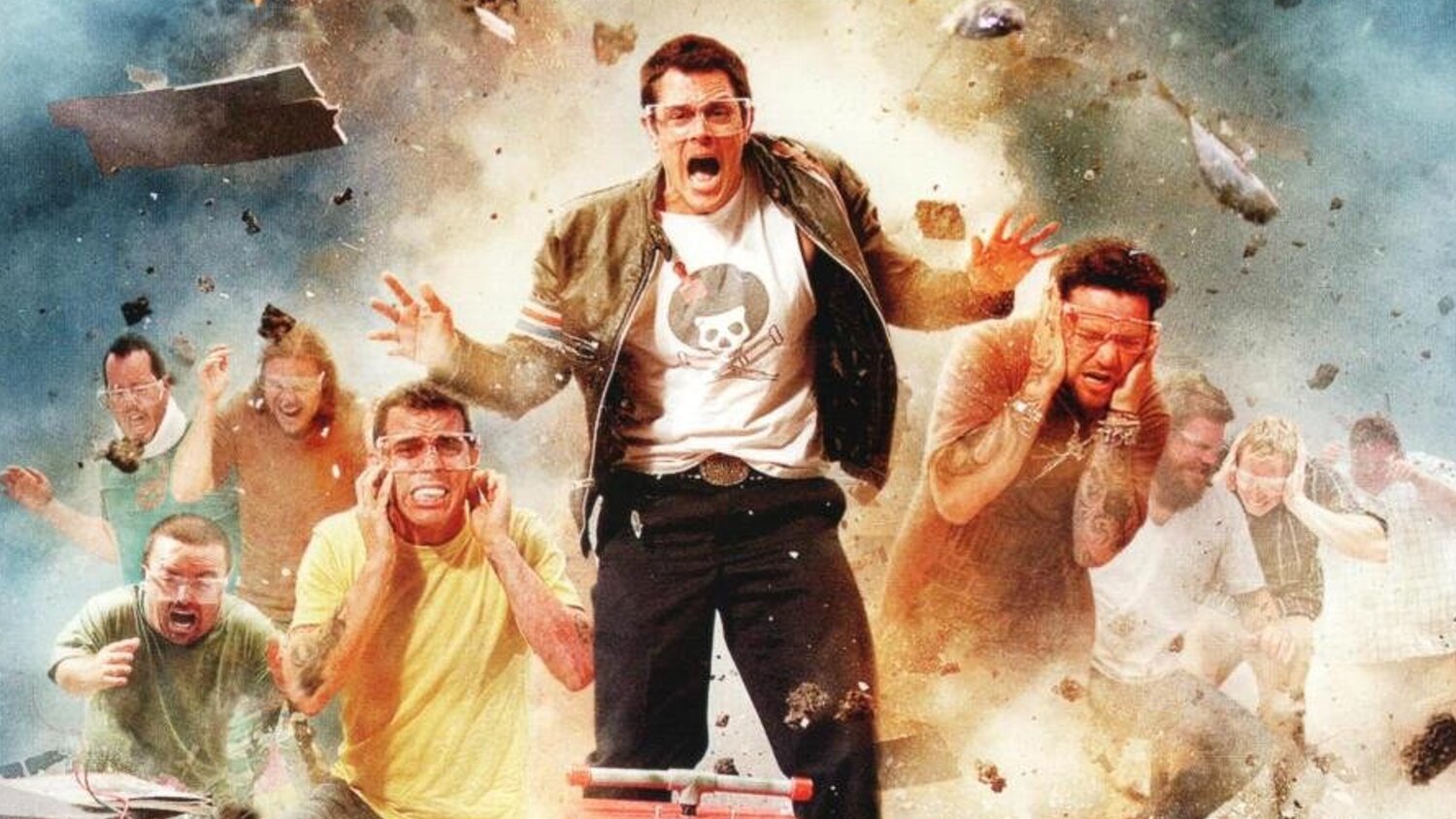 I have seen Jackass since the early days of MTV. I’ve been a fan of these guys for a long time, and I’m pretty excited about the future Jackass Forever.

It turns out that there are three stunts that were recorded for the films over the years that never ended up getting into the films because they were too violent for Standards and Practices. All the stunts involved Johnny Knoxville.

Steve-O and Road man recently appeared in an episode of “Truth or Dab”, and while eating their hot wings, the host, Evans, asked if anyone Jackass stunts that have never been released, and they shared the three stunts that sit in the rock room.

One segment was called “Box Downstairs,” and that meant Knoxville got into a cardboard box and rolled down some stairs. Steve-O says:

“It was a good idea. He sat down in a box and stuffed some pillows around him, taped it up and rolled it down a huge cement staircase.”

The funny thing about it is that my brothers and I used to do it as kids, and that’s one of the least dangerous things we used to do!

In another segment, Knoxville also shot itself with a .38 caliber Smith and Wesson pistol. He shot himself in the chest and wore a bulletproof vest under his shirt. It’s something I would never do!

The third stunt involved Knoxville being hit by a car. Steve-O said:

“There was also ‘I’m Johnny Knoxville and I’m hit by a car.’ The car came flying, he hit the windshield and overturned. They asked him ‘what were you thinking when you were hit by the car?’ “

Knoxville’s answer to that question was, “I was wearing two pairs of jeans so I could be safe.”

Now I have been hit by a car twice in my life. Fortunately, I was not so badly injured either. But yes, it’s something I would never do on purpose!