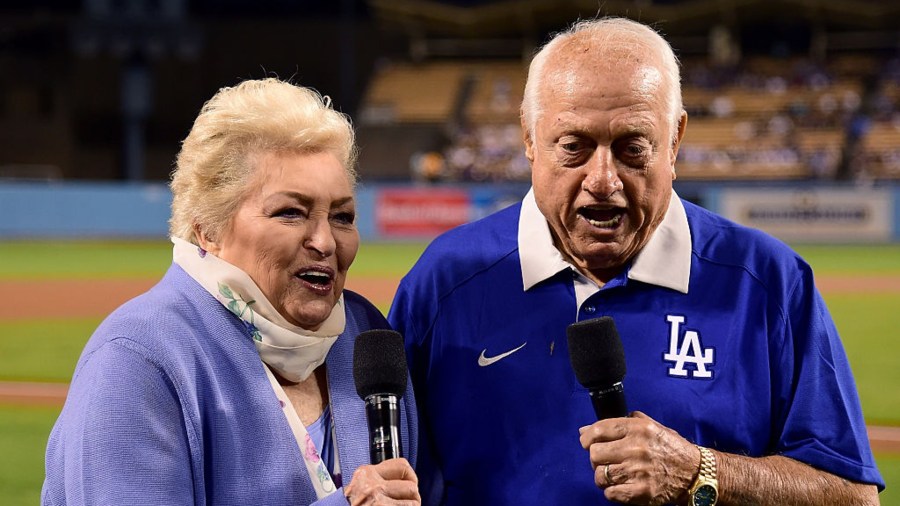 Jo Lasorda, widow of longtime Los Angeles Dodgers manager and Hall of Famer Tommy Lasorda, has died at the age of 91, the Dodgers announced Tuesday.

Jo Lasorda died surrounded by loved ones just before 9pm on Monday at his Fullerton home, the team announced in a press release.

The two were married for 70 years before Tommy Lasorda’s death on January 7 this year.

Funeral services are still awaiting, according to the team.