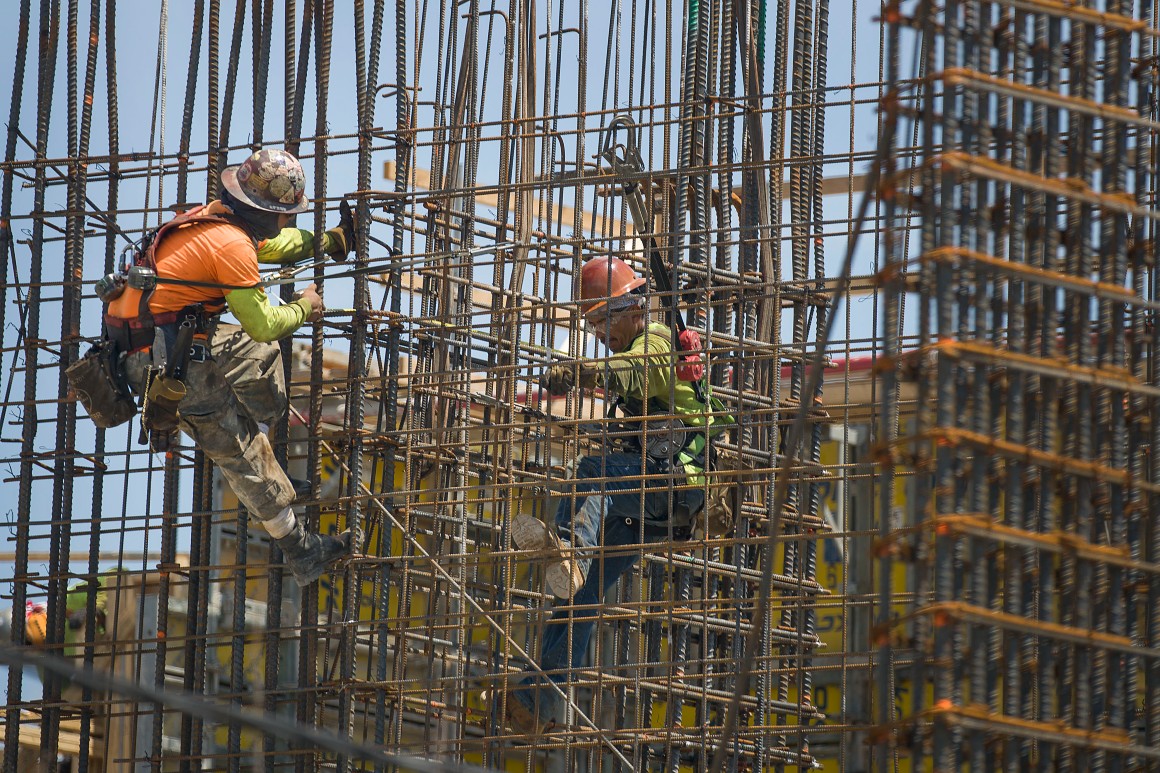 Europe is coming to the bitter realization that it will probably have to make a once unthinkable concession to end the trade war that US President Donald Trump ignited and that his successor Joe Biden continues.

Many Europeans had hoped that Biden would recall Trump’s steel and aluminum tariffs, but he has not, even though the tariffs were imposed in 2018 because of the highly dubious rationale that they were obliged to protect “national security.” Lowering the defense shield for Trump’s tariffs would expose Biden to blowback from politically sensitive steel milling communities like those in Ohio and Pennsylvania.

Under Trump, the EU accused Washington of bullying for trying to force Brussels to accept self-imposed export restrictions on steel and aluminum in order to end the tariff deviation. But Europeans are now admitting that they may have to swallow a compromise under Biden that is uncomfortably similar to what they so vehemently rejected under Trump.

“Everyone wants this to disappear because it is a remnant of Trump and stands in the way of better relations between the EU and the US,” said an EU trade diplomat, capturing the overall mood of the peace rally in Brussels. The backdrop to the conciliatory tone is a new diplomatic format – the Trade and Tech Council – where Washington and Brussels are trying to put the antagonism of the Trump era behind them to collaborate in areas such as robotics, microchips and artificial intelligence. The first session was held on 29 September.

Slap in the face

Under Trump, Brussels claimed that only a complete withdrawal of tariffs would satisfy the EU, claiming that the levies were an illegal slap in the face of an ally. Former EU Trade Manager Cecilia Malmström said in 2018, the EU would “stand up to the bullies.”

However, her successor Valdis Dombrovskis sounds rather more pragmatic as he faces a race against the clock. If no solution is found by 1 December, EU retaliation fees will double. It would damage the transatlantic relationship and potentially undermine the Trade and Tech Council format.

Brussels also understands the pressure Biden is facing from the steel industry, trade unions and part of his party, especially ahead of the upcoming midterm elections.

“There are, of course, very difficult questions, most important of all you can really – and here I’m talking a bit like an American – to keep your steel industry or your construction industry alive in the face of this overcapacity and not to punish Europeans at the same time,” Rupert said. Schlegelmilch, who handles EU-US relations in the European Commission’s Trade Department, at a recent event.

An agreement would also pave the way for the US and the EU to jointly respond to surplus steel from China, which both governments have acknowledged distorting global steel prices and undermining their domestic producers. It could even lead to a “green steel alliance”, with both sides working towards greener steel industries.

Quota or no quota?

Over the summer, Dombrovskis made a first opening, to tell FT that a possible solution may be missing to remove all barriers. It was seen as expectation management towards EU steel-producing countries.

During his visit to Washington DC, Dombrovskis suggested a more concrete compromise scenario.

“We are also looking at the agreements that the United States has entered into, including Canada and Mexico. And certainly also elements from these agreements, which can also be useful in the EU case. So essentially, it’s not something we would not be willing to look at. Of course, we have to evaluate each situation on its own merits, ”he told reporters.

In the Canadian and Mexican cases from 2019, USA agreed to suspend tariffs on steel and aluminum in exchange for its trading partners to monitor imports. If imports rise above historic levels, the United States could reintroduce tariffs.

In theory, these are not export restrictions because there are no immediate tariffs or quotas, but in practice they represent a form of restriction and self-discipline, as the United States will retaliate as soon as imports rise to a certain level.

By mentioning the Mexico and Canada option itself, Brussels is trying to avoid the fate of Brazil, South Korea and Argentina, which obtained permanent tariff exemptions from accepting quotas on how much steel and aluminum they can export.

Washington initially offered Brussels a form of tariff quota, according to Bloomberg. People with knowledge of the negotiations confirmed this step to POLITICO. This allows countries to export a certain limit for a product and have higher tariffs for products above this threshold.

This system is much stricter than the supervisory one. But in both scenarios, there is a limit to what the EU can export to the US to avoid tariffs.

In that sense, the ghost of Robert Lighthizer, the US trade representative under Trump, still haunts trade relations between the EU and the US.

Lighthizer’s legacy will mostly be remembered for his extremely risky battle plan to smash China. But his trade war was broader and was linked to his occupation of America’s yawning deficit. The goal was to revive the strong-armed tactics he used as a deputy USTR against Japan in the 1980s to get allies like Mexico, Canada, Japan and the EU to impose restrictions on their own exports.

The idea of ​​such voluntary export restrictions, which are a form of trade censorship, is a clear red line for the EU. Dombrovskis reiterated in Washington that he wants a solution that is in line with the rules of the World Trade Organization. Voluntary export restrictions are prohibited under the WTO Agreement on Safeguards and are therefore not permitted for Brussels.

But even if a form of surveillance system that provides EU-controlled access to the US market with certain limits does not violate WTO rules, it is a step in the same direction.

The interests of the steel industry

For Dombrovskis, such a compromise makes sense in the broader system of transatlantic relations. But will EU countries, especially those who have skin in the game and the steel industry lobby them, accept such a compromise?

The effort is great: the EU industry directly employs 330,000 people, and when involved indirectly and job-created in other sectors, 2.6 million jobs are created, according to a Commission report.

European Aluminum issued a statement saying it was “very concerned about the prospect of an agreement replacing a trade-distorting measure, a tariff, with another distortion such as a quota or a tariff quota.” The steel lobby Eurofer also wants either an exemption from the 232 national security tariffs or a similar stabilization mechanism in the EU.

Steel-producing countries have reversed decisions before. For example, Dombrovskis was originally against an extension of imposed steel fuse in response to US tariffs, but eventually extended the import restrictions.

Officially, the ranks of steel-producing countries are ready: All tariffs must be abolished.

But once the negotiations are underway, you do not show your hand. When pressed, diplomats prepare for all scenarios, even tariff quotas. It all depends on the final result and how big the thresholds will be. The limits of the US original offer were e.g. Not attractive enough for Brussels.

That said, the political will to make a deal there is, several EU trade diplomats said. The diplomat first quoted in this article added: “There is a great deal of motivation to solve this, but the solution must be satisfactory.”

This article is part of POLITICO‘s premium policy service Pro Trade. From transatlantic trade wars to Britain’s future trade relations with the EU and the rest of the world, Pro Trade gives you the insight you need to plan your next move. E-mail [email protected] for a free trial.