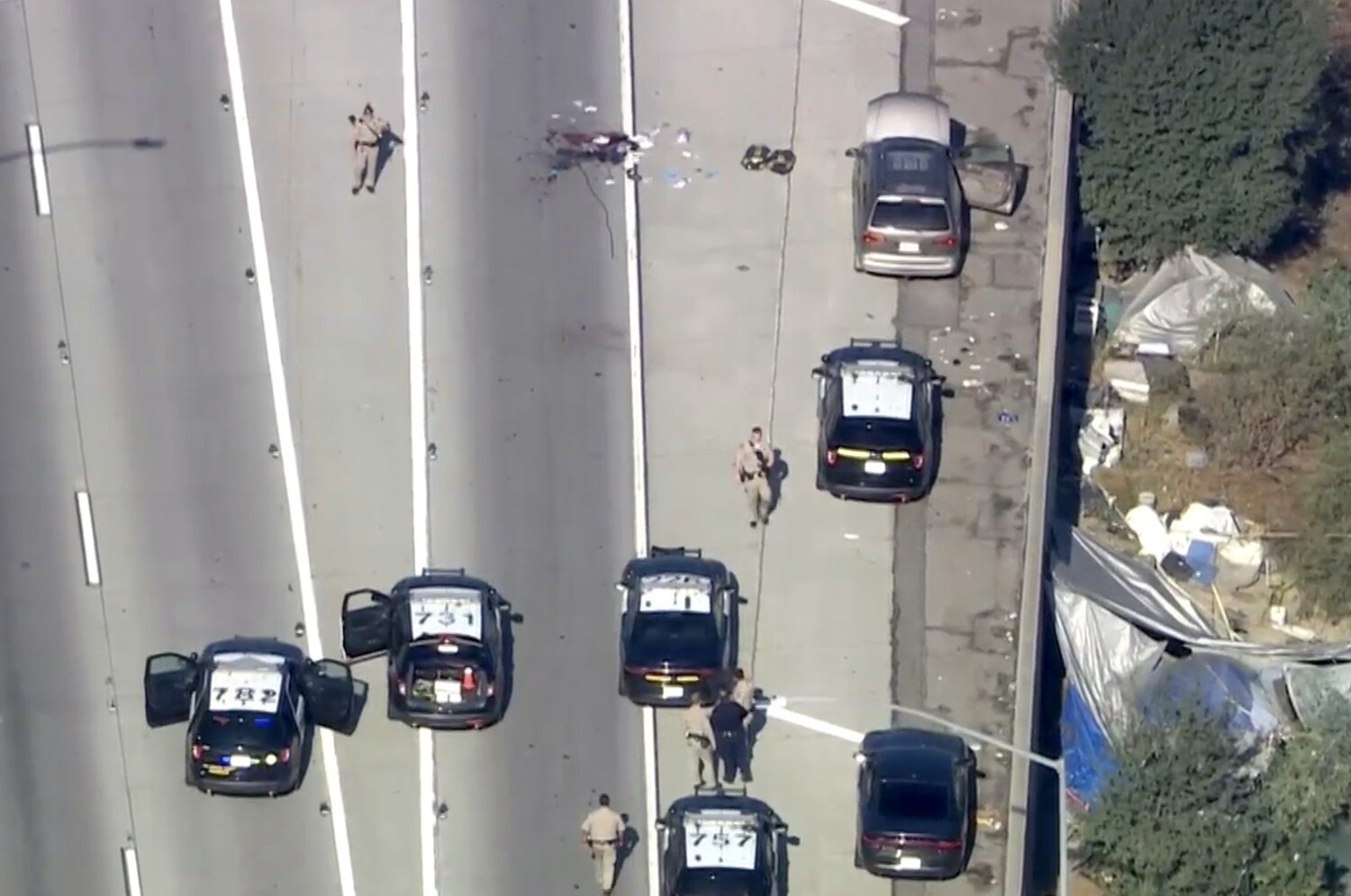 A man wanted on suspicion of killing a family member and injuring two others in a shooting over the weekend in Los Angeles was shot by police on the side of a highway Tuesday morning, according to police.

Details of the meeting on Highway 105 in Paramount remained unclear late Tuesday, despite the incident drawing response from at least three law enforcement agencies.

The California Highway Patrol – which took the lead in the investigation of the shooting – issued a brief statement on Tuesday night with few details that a man who was allegedly wanted for murder had been shot by the police.

The CHP did not identify the man and would not say how many officers had opened fire, or whether any CHP officers had done so. The Los Angeles Sheriff’s Department said at least one of its deputies opened fire, but a spokeswoman said she did not know if that deputy was alone in the shooting.

The Los Angeles Police Department identified the man who was shot as Jesse Medrano, 35, and said he was the suspect in a triple shooting Sunday in Green Meadows, in which a man was killed and a man and a woman were seriously injured.

The LAPD said all three victims were related to Medrano and that the shooting was the result of a family dispute. The department would not specify how the parties were related. The LAPD identified the man who died during the shooting as Ruben Marrufo, 61, and they wounded as a 51-year-old man who was in critical condition Tuesday and a 50-year-old woman who was in critical condition.

The LAPD claimed that Medrano carjacked a vehicle after shooting its relatives; the department described him on Monday as “armed and dangerous.”

The CHP said its LA communications center received a report shortly before noon. 7 Tuesday about a disabled vehicle on the side of the Westbound Highway 105, near the exit of 710 Freeway in Lynwood, and that a responding officer determined that the vehicle may have been stolen and that the man inside, allegedly Medrano, was wanted.

CHP officers from several areas and the LA County Sheriff’s deputies went to the scene “to help,” and the shooting took place after Medrano stepped out of the car, the CHP said.

Pictures from the scene captured by a Fox 11 helicopter appeared to show a man with a gun standing on the side of the road opposite a cluster of police cars that officers used for cover.

Medrano was pronounced dead at a local hospital.

The highway was closed for much of Tuesday in the area where the shooting took place during an investigation.