The actress – who announced in February last year that her breast cancer had returned – posted “truthful” photos of her journey and shared how she got through “what seemed impossible”.

Shannen Doherty gives an insight into “what cancer” really “looks like.”

Alumni “Beverly Hills, 90210” – who has stage 4 breast cancer – took to Instagram on Thursday for Breast Cancer Awareness Month to share details about her “personal journey” with the disease.

In March 2015, Doherty, 50, was diagnosed with breast cancer, and after many years of treatment, she went into remission. However, in February last year, she announced on “GMA” that her cancer had returned and it was stage 4.

In his post Thursday, the actor posted two “truthful” photos of himself. The first shot featured Doherty, without hair and a bloody tissue up his nose. The second image showed the star wearing blue Cookie Monster pajamas and a matching eye mask.

“For a month of breast cancer awareness, I would like to share more from my own personal journey from my first diagnosis to my second,” Doherty began in the post’s caption. “Is it all beautiful? NO, but it’s true, and my hope for sharing is that we all become more educated, more familiar with what cancer looks like. I hope I encourage people to have mammograms done, to regular examinations, to cut through fear and see what may be in front of you. “

“In 2015, I was diagnosed with breast cancer. I had a mastectomy and did chemo and radiation,” she recalled. “I had a lot of nosebleeds from chemo. Not sure if any of you experienced this. I was also more than tired.”

The “charming” alum went on to tell how she got through “what seemed impossible.”

“I encouraged myself by putting on fun pajamas that my friend Kristy gave me,” Doherty wrote, referring to the Cookie Monster ensemble. “Did they really encourage me? Yes !! Lol. I looked ridiculous, and in that ridiculousness I could laugh at myself.”

She concluded: “Finding humor helped me through what seemed impossible. I hope we all find humor in the impossible. # Breast Cancer Awareness.”

In an interview with ABC News last week, the “Heathers” star – who has two Lifetime movies coming out this month – said the work has become “even more satisfying” after her stage 4 breast cancer diagnosis.

“Many people who are diagnosed with stage 4 are, in a way, written off,” Doherty said. “It’s assumed they can not work, or that they can not work at their full capacity. And that’s not true, and that’s something I really want people to stop assuming and give us a chance. to prove them wrong. “ 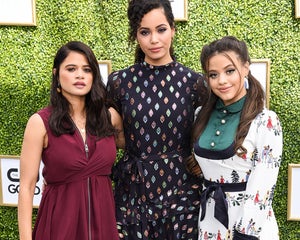 She also gave an update on her treatment.

“I’m on my first protocol, which is a very, very big thing,” Doherty said. “So it’s kind of like you just want to keep your protocols as long as possible so you don’t run out of protocols.” (Cancer treatment plans are called protocols per ABC News.)

“I’m going to keep fighting to stay alive,” she said.

The “Nobody Would Tell” star went on to add that her battle with cancer has led her to find “beautiful” things in herself.

“You have to really dig deep to face cancer, and in it you will find all the things you had hidden away,” she said. “And those are beautiful things you find. You find the vulnerability, you find your trust in people again, you find forgiveness.”