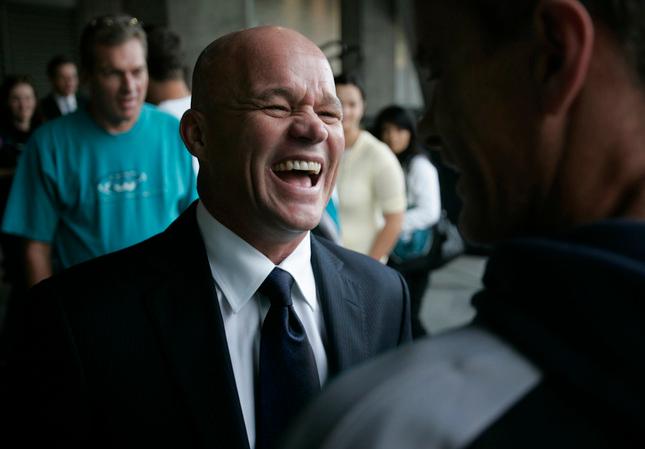 Hockey analyst Drew Remenda, a longtime favorite among sharks fans, will take on an expanded role this season during San Jose’s broadcasts, the team announced Tuesday.

Reminder returned to work a handful of Sharks matches last season after a nearly seven-year absence, and will primarily provide color analysis during weather radio broadcasts this season.

The Sharks also unveiled their broadcast schedule, which includes every game aired on Sharks Audio Network for the second season in a row. The 24-hour, seven-day audio feed — featuring the daily Ted Ramey-hosted “Morning Tide” talk show — is available online at sjsharks.com/listen or the Sharks + SAP Center App.

Remenda’s assignments will include a 30-minute show on the Sharks Audio Network every fortnight, featuring guests and discussion of both the sharks and the rest of the NHL.

“I’m so grateful to be back and I love this team, I’ve always loved this team,” Remenda said as he returned to the Sharks broadcasts in February. “I’ve been a part of this team since day one and I’m happy to return after a break.”

Before returning to the Sharks last season on a part-time basis, Remenda had worked with Sportsnet in Canada as part of the Edmonton Oilers broadcast team since 2015.

Meanwhile, Dan Rusanowky returns to his 31st season behind the microphone as the sharks’ play-by-play voice on the radio. Rusanowsky will mostly work with Remenda and former shark Scott Hannan. In addition, Bret Hedican and ex-shark Mark Smith will provide analysis for a few games.

The Sharks also said 74 of their 82 games in the regular season will be broadcast on NBC Sports California, starting with Saturday night’s season opener against Winnipeg.

Randy Hahn, the sharks’ eight-time regional Emmy-winning television advertiser, returns to the television broadcasts on NBCSC. Hahn will mostly work with the Hedican, who is back in his eighth season, where he calls San Jose’s matches. Reminders are also displayed on selected video games.

Remenda was a former assistant coach for the Sharks (1991-95) before moving to the radio broadcast booth with Dan Rusanowsky. He also worked 13 seasons with Hahn on Sharks television games.

Eight Sharks games will be televised nationally as part of the NHL’s new partnership with ESPN’s network. These games are: October 26 in Nashville; November 2 vs. Buffalo; Nov. 30 in New Jersey; December 28 vs. Arizona; January 11 vs. Detroit; March 15 vs. Florida and March 17 in Los Angeles on ESPN + / HULU. The fight against St. Louis on April 21 will be televised on ESPN.

The San Jose Sharks’ 2021-22 broadcast schedule can be found here.