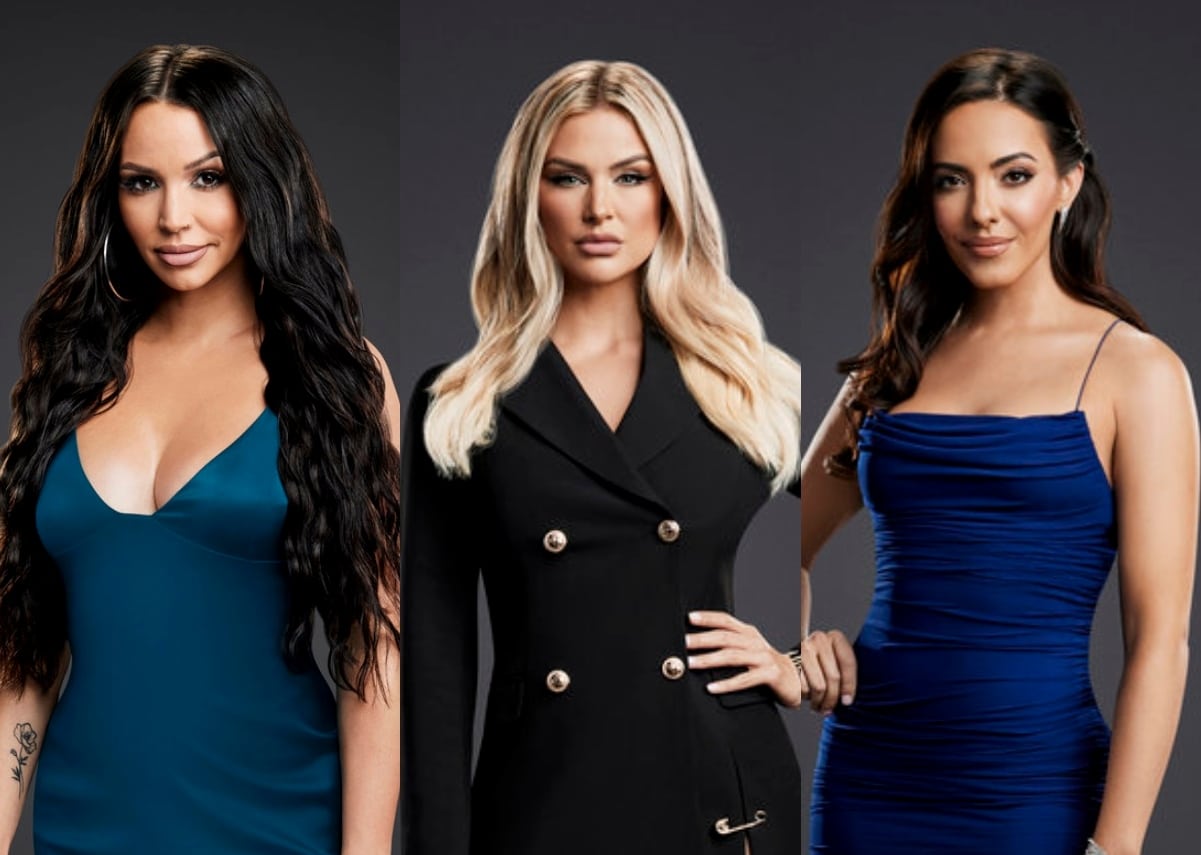 After Lala and Charli were seen offensive heads in recent episodes of Water pump rules, Scheana explained the difficulties they faced before taking on her and Lala’s new roles as mothers and revealing whether her fiancé, Brock Davies, has tasted her breast milk.

“I think when Lala understood where Charli came from, there’s a lot more to the story of Charli’s family trauma, it was made a little clearer,” Scheana explained in the October 12 episode of WWHL.

As Pump rules fans have learned since Charli joined the show in season eight, she has had some deep-rooted food issues. But when season nine was filmed, Lala did not quite understand those matches.

“I’ve been really close to Charli, so I knew the whole back story, and when Lala came up to her, I was like,‘ Ugh! But you do not know … ‘So I was glad Charli was able to explain it, you could not see it all, but when Charli first explained it all, you understood where she came from,’ said Scheana.

Under another segment of WWHL, Scheana, who apparently overshadowed Lala on Tuesday Pump rules by saying that she does not want excessive help for her daughter, Summer moon, because she wants to raise her child alone, was asked if she felt Lala and Randall Emmett could pay off without a night nurse.

“It simply came to our notice then. They need a nanny. We work a lot, ”she replied.

After saying that she thought Randall had just changed a diaper from his daughter, Ocean Kent Emmett, Scheana admitted that she and Lala are “quite similar” in their parenting style to their baby girls. That said, there’s one thing Scheana is envious of when it comes to Lala’s time as a mother.

“Well her body hit back the day after she got home,” Scheana remarked.

Also during the show, Scheana said that while Randall refuses to drink Lala’s breast milk, which fans learned during the premiere, Brock had tried her.

“[Brock] have [drank my breastmilk]. And absolutely. It’s like almond milk, I tell you, ”she revealed.