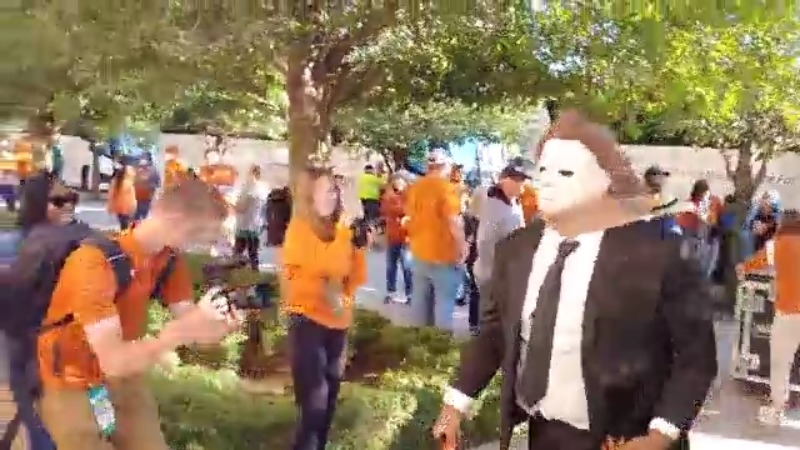 Coburn got off the Longhorns team bus Saturday morning before Texas’ match at Baylor No. 16 in his suit, tie and a Michael Myers mask from the Halloween movie series.

You can see Coburn show up around the 2:06s in the video above.

Coburn held on to the character even as he walked onto the field at McLane Stadium, giving Longhorn Network anchor Alex Loeb a nice little jerk to start his Saturday. You can see their interaction in the video below.

Let’s see if that energy can be transferred to the field for Coburn and his other defensive linemen. The Longhorns have a massive task that stops Baylor runners Abram Smith and Trestan Ebner.