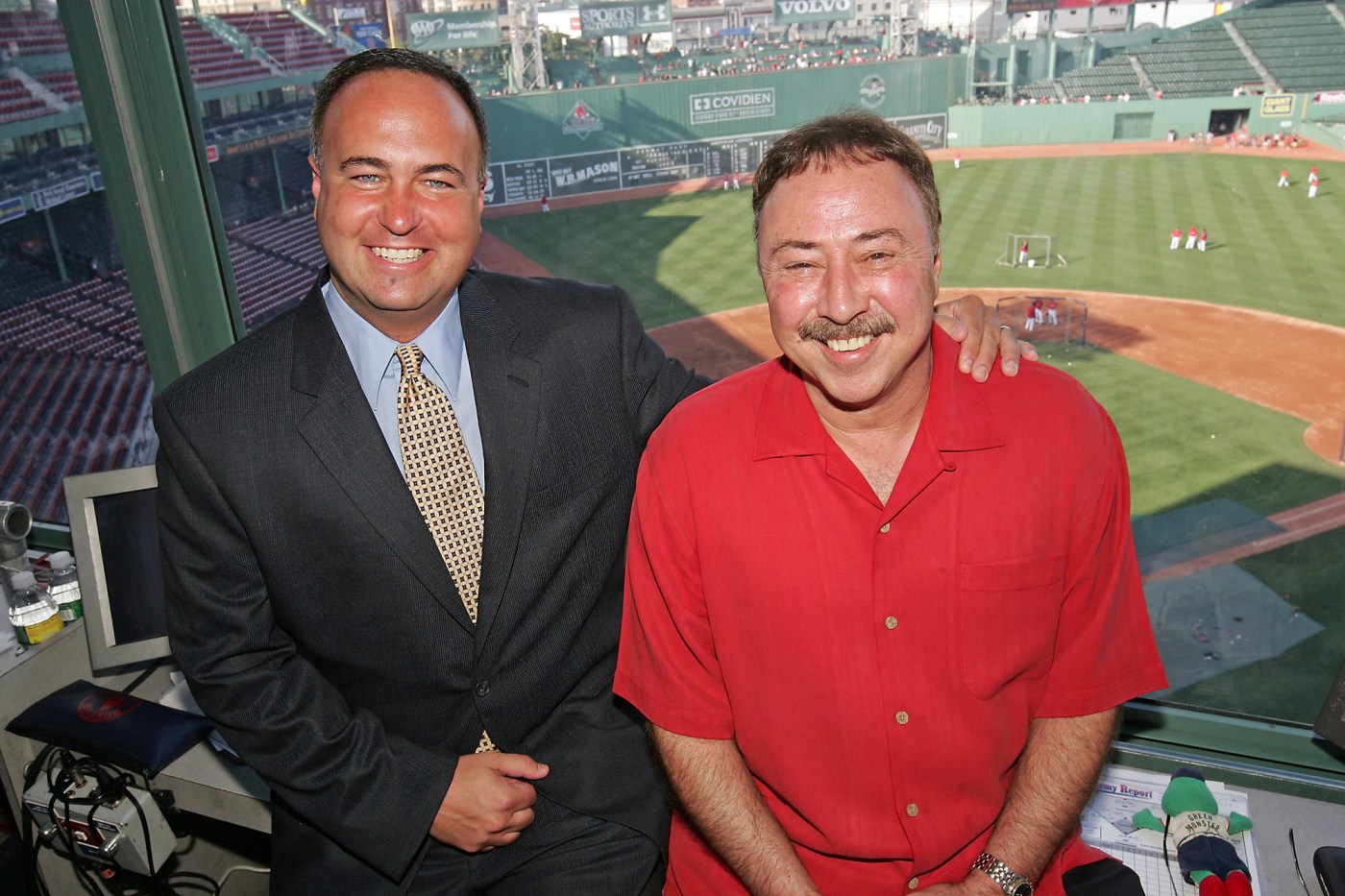 It’s not in the good times we needed Jerry Remy the most.

It was in the summer dog days during a lost season where the Red Sox had fallen too far back in the American League East, the mid-season traders went in the wrong direction and an evening game was no longer competitive.

That was when Remy and longtime partner Don Orsillo scrapped the baseball talk and started riffing on the latest episode of “Days of Our Lives,” or telling stories about the dinner they ate the night before in Toronto, or digging into Remy’s playing days and refresh a embarrassing moment when he was in the minor leagues.

Remy was not just a broadcaster. He was a friend who spent more hours in the summer with us than most of our family members.

On Sunday, we mourned together the loss of a New England icon who died at the age of 68 after a 13-year battle with cancer.

It will be impossible to replace the man who helped so many fall in love with baseball and tie their hearts to the Red Sox, even when the Sox split them in two.

While the Sox came up empty season after season until 2004, Remy offered daily reminders that baseball should be fun.

He and Orsillo could create unforgettable moments just by being forgetful.

Once, when Orsillo did not notice a typo in an ad reading, Remy asked him what he was just saying.

“Running away from winning programs to help families,” Orsillo said.

The ad was supposed to read “award winning”.

The two broke out in laughter for a whole half turn.

As the cameras captured a pair of young couples sitting in the stands, Remy remarked that it was a beautiful day for couples in love. Right in the queue, the man made an inappropriate gesture and grabbed the woman’s breast, to which Remy said “ups”.

When Remy lost a tooth, Orsillo found a bag of tools, grabbed a wrench, picked up the tooth, and procedurally put it back in Remy’s mouth.

When one fan threw a piece of pizza that hit another in the shoulder, Orsillo and Remy spent much of the next round giving a play-by-play of the events.

“Here comes the pizza!” will forever be a part of Red Sox history.

Again and again these two fools kept us laughing. We did not laugh at them. We laughed with them.

It was easy to see how much Remy cared about his job, that his cancer treatment often took a back seat to two things: how much he would miss baseball while he was away, and how he could use his experience to help other people .

Remy was honest about her depression. And he urged people to get early cancer screenings that could save lives.

“If I can help anyone, it’s great,” he said in 2013. “The last time I got so many letters from people who’ve been through cancer, going through a depression that’s fighting it at that particular time. And I felt “I might have done them some good. I do not know. I hope I did.”

For a long time, it was rare to walk into a clubhouse where Remy was not already sitting in it somewhere, sitting on a red chair with a cup of coffee, and talking to any journalist, player, coach or other baseball hooligans happened. to walk past.

The players knew how much he cared about the game and appreciated his willingness to share his observations. Journalists appreciated his openness when he wanted to speak, but respected his often-desired preference for staying in the background and keeping to himself.

As long as he was at a baseball stadium somewhere, Remy seemed happy.

For a fan base that suffered for so long, Remy’s light-heartedness seemed to connect so seamlessly.

So often at major Red Sox events held in the city, fans would be just as excited to see Remy as they would be for any of the current stars still playing for the team.

Those of us lucky enough to spend time in his presence will always remember how seriously he took his job and how much fun he made it look.

On Sunday, we did not mourn the loss of Remy alone. We mourned with his family, his friends, his former teammates and coaches, the players who got to know him over the years, the NESN colleagues who loved working with him, and every single person who turned on their TVs during the summer months and listened to Remy share his perspective, make a joke and start laughing so hard that you lost track of what was happening on the court.

In good times and bad, Remy was always there.

Next season will be the first in more than 30 years where he is no longer there. Red Sox baseball will never be the same again.