SEAL Team Monday started its exclusive Paramount + existence with a first of its kind ban, a well-deserved outcry (or three) and much wonder at the former colleague Mandy’s current situation. (Click here to get a “free month” with Paramount + code for veterans.)

When Jason and Ray came out of Part 1 of this SGS arc (which aired on the CBS channel!), Jason and Ray had just clocked a snapshot of Mandy recorded on the wall of the terrorists’ command center. However, Jason kept the discovery to himself as Bravo rolled out to catch up with the commuter train that Boukare, the third and final HVT, is on board, with plans for suicide bombings at the US Consulate not far in the tracks.

When Bravo arrived via chopper, Bravo jumped on the train roof and got into one of the rear carriages, where they switched to their community and were told by Davis that one of Boukare’s henchmen was live-streaming the case, which means 1) they have some information about manpower and firepower in the front car and 2) Bravo will have to lie down during attacks to hide their identities. After sending Sonny meandering up the train via the roof outside, Jason, Ray, Clay, Trent and Brock twisted one or two at a time, one car at a time. 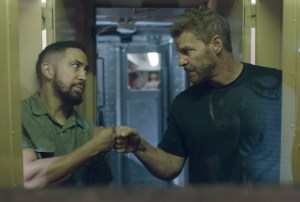 Things went smoothly until Davis and her people found out there were additional explosives on board beyond the S-West, and Bravo was in the dark about the trigger’s location. (Watch the series’ first F-bomb dropped properly by Jason, who sprinkled with a few other crimes throughout.) Coinciding with that wrinkle was the unexpected departure of Boukare and some henchmen at the stop before the US Consulate. When Jason needed to stay on a mission but would not lose their only lead to Mandy’s whereabouts, Jason defied the CIA’s Dryden and got Clay and Trent off the train to follow HVT. Jason and Ray then walked closer to the front car and got an ID on the trigger. And after some drama where Sonny went offline and body-surfed the train while shooting through a tunnel of low-hanging light fixtures, Bravo performed their mission and broke the front car to remove the trigger man and other tangos – while Sonny shot the last one down. one while dangling outside a side window. 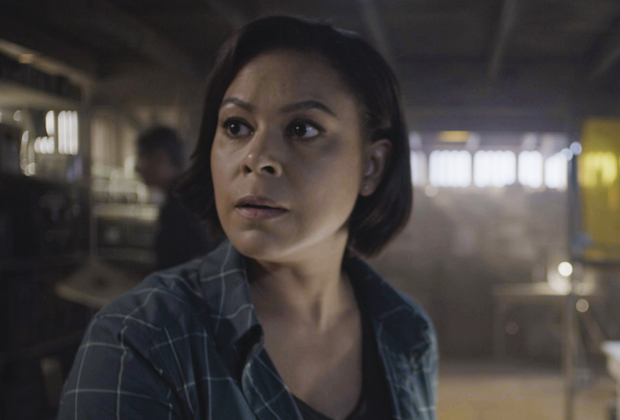 However, Clay and Trent lost Boukare. And in his frustration back in camp after, Jason confronted a wordless Dryden with the Mandy image. When he realized that Jason was risking insufficient firepower on board the train to chase the HVT, Dryden pulled Bravo from the rest of the pursuit. Jason then shared the Mandy news with Davis and the rest of the team, inviting the former to search for any possible information about the location of their former (civilian?) Colleague. Later, Jason learned that Dryden’s Ground Branch team had a head start on Boukare, Jason volunteered to Bravo to provide backup, noting that SGS has eaten GB’s lunch and thrown Dryden’s words back at him that it is ” operational malpractice “not to use all available firepower. Dryden agrees, but appoints a man, Remington, to drive with Bravo as they approach the building in a neighborhood downtown. Before they leave, Jason and the team agree that they must reach Boukare before GB does (so that he can not be shot in sight), after which Davis equips Jason with a gadget to quickly pull / convey data from SGS devices (plus a digital photo of prisoner Mandy if Boukare’s memory “needs to jog”).

During the drive, Bravo members marvel loudly at Mandy’s currently “rejected” status, while also noticing random eruptions of shots across the night sky – which Remington says is the SGS lookout’s way of warning of threats. And just as Bravo’s armored vehicles pull up to the area where the Ground Branch is already lined up, these warning shots cease. But before Bravo can fully understand how ominous it is, the sky above them begins to rain Molotov cocktails and bathes the two vehicles in flames …

What were you thinking SEAL Team‘s Paramount + exclusive debut?