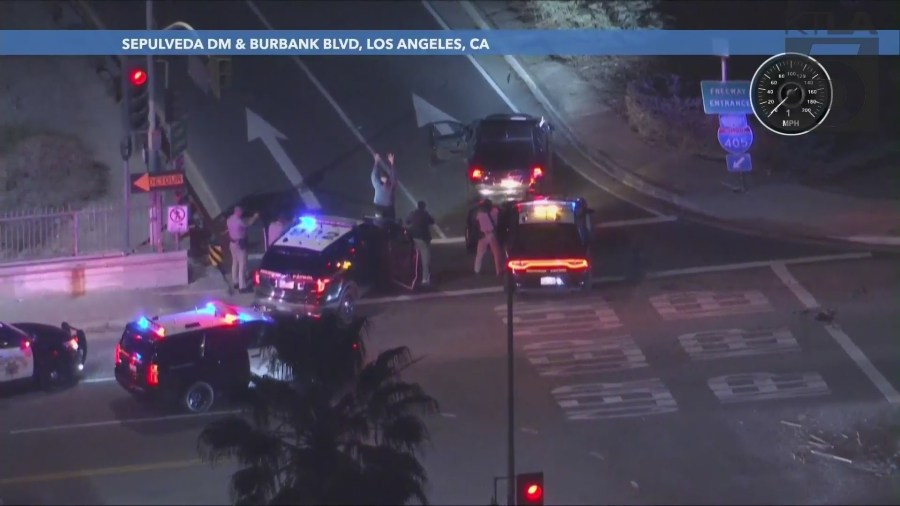 The black sedan and its three passengers reached high speeds during the pursuit, which began around 6 p.m. 21:20, before the driver stopped about 25 minutes later.

The car was possibly wanted for street racing, according to officer Kravig from CHP.