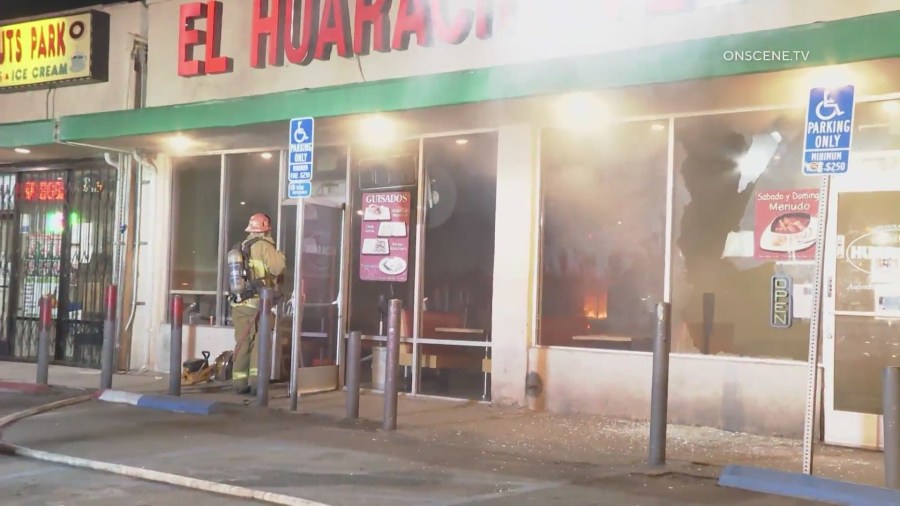 Authorities have detained a person in connection with a suspected arson that burned through a Pacoima restaurant early Tuesday morning.

The fire broke out around noon. 2 at the 11,600-block El Huarache Veloz restaurant on Glenoaks Boulevard.

Police arrested a person related to the investigation, but no one has been arrested, Lomeli said.

The cause of the fire is still being determined.