“There’s only one person who could have done this – that’s the gardener.” Lionsgate has unveiled a trailer, a so-bad-it-is-good B-movie home invasion thriller called The gardener, from the filmmaker duo Scott Jeffrey & Rebecca Matthews – known for all kinds of low-budget, direct-to-DVD movies that you will never see anyway. An immigrant living a quiet life as a gardener on a mansion in England has to rely on old skills to save the family he works for from home invaders. The small crew attacks the family, but “they did not count on the estate’s quiet gardener, Peter Juhasz, who must return to the wild ways he learned as a soldier to save the family.” The stars of the film Robert Bronzi (from Kisses of death and Escape from Death Block 13 similar to Charles Bronson) as “The Gardener”, along with Gary Daniels, Sarah T. Cohen, Nicola Wright, Kate Sandison, Peter Orgel, Jake Watkins, Jon Callaway, Pasquale Parisi, and Richard Kovacs. This looks cheesy and derivative, but it also looks a little entertaining in a really bad way?

Here is the trailer (+ two posters) for Scott Jeffrey & Rebecca Matthews’ The gardener, from YouTube: 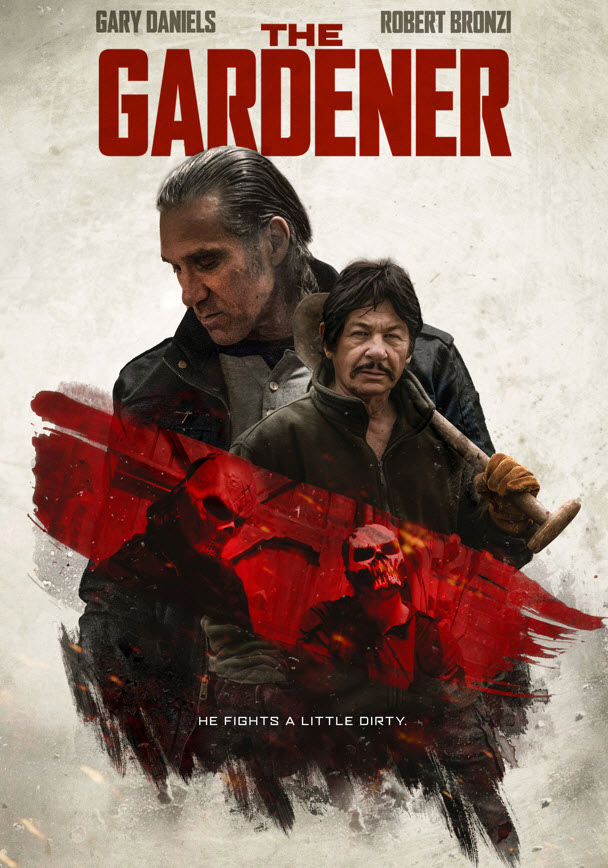 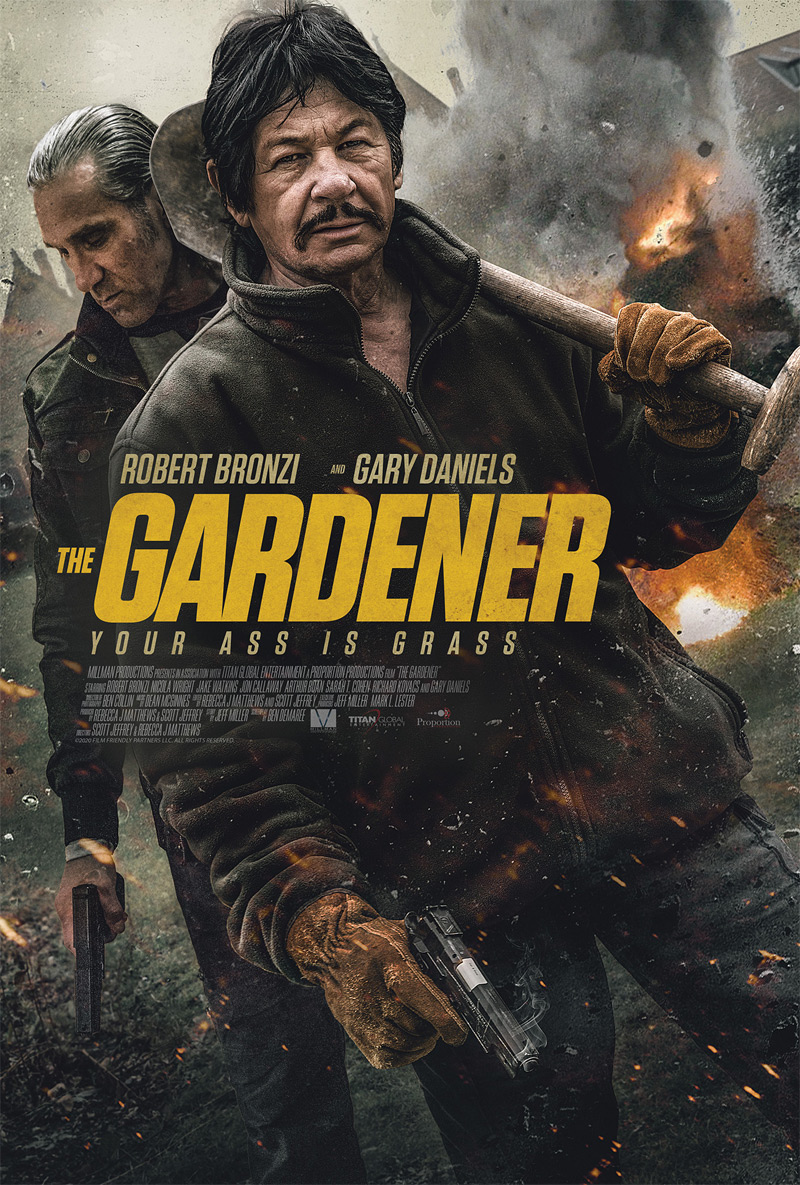 The silence of the English countryside is shattered one brutal night in this intense home-invasion thriller from directors Scott Jeffrey & Rebecca Matthews. A troubled wealthy family gathers in a picturesque mansion for the holidays, and they never suspect that the bloodthirsty, sadistic Volker (Gary Daniels) and his crew linger at the gates, ready to attack, rob and mutilate them when night falls. But they did not count on the estate’s quiet gardener, Peter Juhasz (Robert Bronzi), who must return to the wild ways he learned as a soldier to save the family. The gardener is directed by B-film producers / filmmakers Scott Jeffrey & Rebecca Matthews, both co-directors of the films Bats, HellKat, Cam Girls, Cannibal Troll, Hatched, and Reign of Chaos former. With Michael Hoad directing the action. The script is written by Ben Demaree based on a story by Jeff Miller. This has not premiered at any festivals or anywhere else as far as we know. Lionsgate will debut The gardener directly to VOD / DVD starter December 28, 2021 at the end of this year. Anyone?