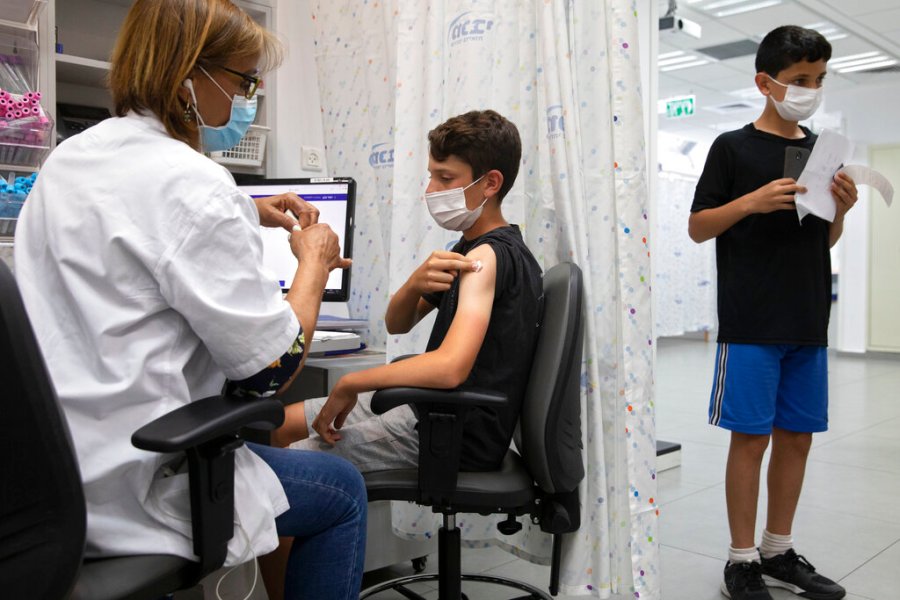 The Food and Drug Administration already approved the shots for children ages 5 to 11 – doses only a third of the amount given to teens and adults. But the Centers for Disease Control and Prevention recommends who should receive FDA-approved vaccines.

The announcement from CDC Director Dr. Rochelle Walensky came just hours after an advisory panel unanimously decided that Pfizer’s shots should be opened to the 28 million young people in that age group.

Millions of shots made by Pfizer and its partner BioNTech have already been sent to states, doctors’ offices and pharmacies to be ready for the CDC’s decision.

“Today is a monumental day during this pandemic,” Walensky told the advisory panel as it began its deliberations earlier Tuesday.

She said that although the risk of serious illness and death is lower in young children than in adults, it is real – and that COVID-19 has had a profound social, mental health and educational impact on young people, including increased differences in learning.

“There are kids in second grade who have never experienced a normal school year,” Walensky said. “Pediatric vaccination has the power to help us change all of this.”

The American Academy of Pediatrics welcomed the vote as its members get ready to start the first injections in small arms as soon as they have got the final OK. The 5- to 11-year-olds will receive two shots at three-week intervals, the same schedule as everyone else – but with a smaller needle.

“Sharing this life-saving vaccine with our children is a big step forward and gives us all more confidence and optimism about the future,” said Dr. Lee Savio Beers, President of the Academy.

Many parents have demanded vaccine protection for young people so that they can resume normal childhood activities without risking their own health – or fear of bringing the virus home to a more vulnerable family member. But CDC advisers said they recognize that many parents also have questions and may be afraid of the vaccine due to widespread misinformation.

Panelists said they want parents to ask their pediatrician about the shots – and understand that they are far better off betting their child will escape a serious coronavirus infection. In terms of safety, more than 106 million Americans have probably received two doses of Pfizer’s full-strength shots – including more than 7 million 12- to 15-year-olds.

“I have vaccinated my children,” said CDC adviser Dr. Helen Keipp Talbot from Vanderbilt University and said she would not recommend anything to other families unless she was comfortable with it for herself. “We have seen the devastation of this disease.”

In the United States, there have been more than 8,300 hospitalizations of children ages 5 to 11, about a third requiring intensive care, according to government data. The CDC has recorded at least 94 deaths in that age group, with additional reports under investigation.

And while the U.S. has recently seen a decline in COVID-19 cases, experts are concerned about yet another increase in holiday travel, and as winter sends more activity indoors, where it is easier for coronavirus to spread.

Pfizer’s study of 2,268 adolescents found that the childhood vaccine is almost 91% effective in preventing symptomatic COVID-19 – based on 16 diagnoses among children who received dummy shots compared to only three who received the correct vaccination.

The FDA examined several children, a total of 3,100 who were vaccinated, to conclude that the shots are safe. The younger children experienced similar or fewer reactions – such as sore arms, fever or soreness – than teenagers or young adults get after larger doses.

This study was not large enough to detect any extremely rare side effects, such as heart inflammation, which occasionally occurs after the second full strength dose, mostly in young men and teenage boys. Regulators ultimately decided that the benefits of vaccination outweigh the potential for younger children receiving a smaller dose to also experience the rare risk.

Some of the CDC’s advisers told some parents that the decision to have their children vaccinated may depend on the small but frightening risk.

“The risk of some form of poor cardiac involvement is much higher if you get COVID than if you get this vaccine,” said Dr. Matthew Oster, a pediatric cardiologist at Emory University, to the panel. “COVID is much more risky for the heart.”

Last week, FDA advisers struggled with whether every toddler needed a vaccine. Adolescents hospitalized with COVID-19 are more likely to have high-risk conditions such as obesity or diabetes. But otherwise, healthy children can also become seriously ill, and CDC advisers eventually recommended the shots to all of them – even children who have already recovered from a bout of COVID-19.

CDC officials estimated that for every 500,000 vaccinated adolescents, between 18,000 and 58,000 COVID-19 cases – and between 80 and 226 admissions – in that age group would be prevented, depending on the course of the pandemic. And CDC officials noted that COVID-19 has caused more deaths in this age group than some other diseases, such as chickenpox, did before children were routinely vaccinated against them.

What about younger children? Pfizer is testing shots for babies and preschoolers and expects data around the end of the year. The similarly produced Moderna vaccine is also being studied in young children. However, the FDA has still not approved its use in teens, and the company is postponing its application for younger children until that review.

A few countries have started using other COVID-19 vaccines for children under 12, including China, which has just begun vaccinations for 3-year-olds. However, many who use the Pfizer BioNTech vaccine are keeping an eye on the US decision, and European regulators have just begun to consider corporate doses in child size.