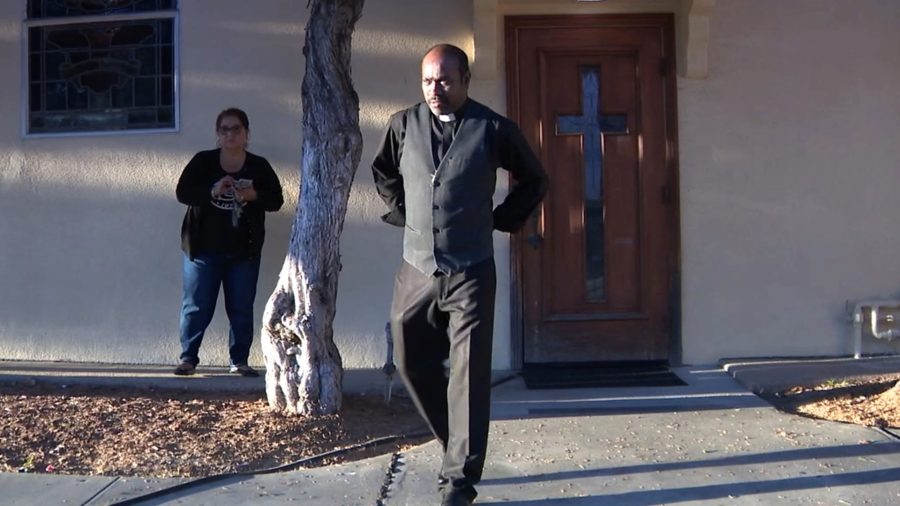 CHULA VISTA, California – A funeral service in South Bay for a child was interrupted Thursday morning by a man who entered a church and was soon arrested by police at the altar.

Father Paul Selvaraj was in the middle of the service at the Church of the Most Precious Blood in Chula Vista when he said he saw the man walking towards the altar with his hands up. It marked the end of a persecution that began around 6 p.m. 10.30am when the man wanted on a criminal arrest warrant refused to stop for deputies on State Route 94, the San Diego County Sheriff’s Department said.

“When I was kneeling, my hands were raised so I saw officers coming in and asking all the people to come out,” Selvaraj said. “I said, ‘What’s going on?’ Something strange is happening. “

At the time, Selvaraj said the church was full because of the service held for an 11-year-old boy who died of an unspecified illness.

“We also had some kids because he went to school,” he said. “Children, teachers, parents, families, everyone.”

The slow chase came into Chula Vista after the man circled local neighborhoods on city streets and briefly drove on state Route 125 and Interstate 805, deputies said. He stopped near the church on Fourth Avenue and Oxford Street around noon. 11:15 and left.

Video recorded by OnScene.TV shows people streaming out of the church when authorities arrived.

Selvaraj said the man jumped over the fence behind and entered the church through the front doors. He had his hands up and spoke incoherently.

“All people must go,” he said. “The church is almost empty and I saw all the sheriffs and officers with guns.”

Afterwards, Selvaraj says that people who attended the funeral were reluctant to go in again.

“I called people, some were scared,” he remarked.

Selvaraj has been in the church since July. He has never experienced anything like what happened on Thursday.

But he said he is grateful that everyone inside the church was safe.