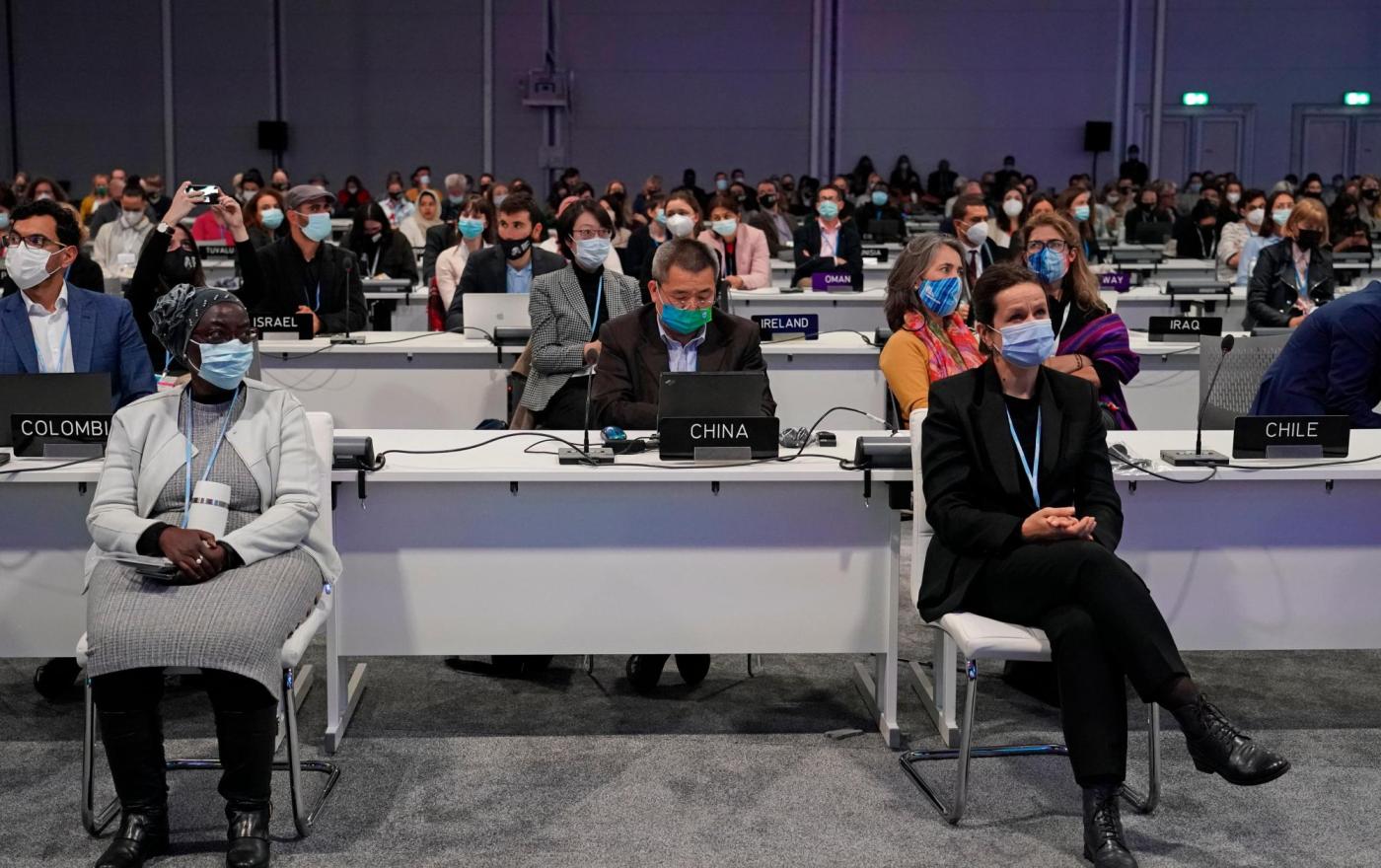 GLASGOW, Scotland – In overtime on Friday night, negotiators at the UN climate talks in Glasgow were still trying to find common ground on phasing out coal when nations need to update their emission reduction commitments and especially money.

The talks are “a bit of a stalemate” and the US, with the support of the EU, is holding back the talks, said Lee White, Gabon’s Minister for Forests and Climate Change.

Mohamed Adow of Power Shift Africa, a longtime observer of talks, said poorer nations are very disappointed with the way the British Presidency has come up with drafts and that this has become a “rich world” negotiation. He said poorer nations could not accept what had been proposed.

As negotiations approached midnight, rich nations had a much more optimistic view, showing the division that could arise after new drafts emerged on Saturday.

The Prime Minister of the United Kingdom Boris Johnson, host of the meeting, said through a spokesman that he believes “an ambitious result is in sight.”

US climate envoy John Kerry told the Associated Press on Friday night that the climate talks were working, commenting after a late-night meeting with his Chinese counterpart and before a talk with India’s minister.

Chinese climate envoy Xie Zhenhua told Kerry in the hallway, “I think the current draft is closer” in a conversation the AP witnessed. When Kerry asked him if he felt better about it, Xie replied, “Yeah, I feel better about it because Alok Sharma is a smart guy.”

No agreement was ready at the scheduled end of the conference at. 18.00 local time. And sometimes it helps diplomats get into a more deal-making mood.

“The negotiating culture is not to make the hard compromises before the meeting goes into extra rounds, as we have now done,” said longtime climate negotiator Observer Alden Meyer of the European think tank E3G. “But the British Presidency will still have to make many people a little unhappy to get the comprehensive agreement we need out of Glasgow.”

A crunchy question is the question of financial support for poor countries to cope with climate change. Rich nations failed to supply them with $ 100 billion annually by 2020, as agreed, causing considerable anger among developing countries entering the negotiations.

A draft Friday morning reflects these concerns, expressing “deep regret” that the $ 100 billion target has not been met, and urges rich countries to scale up their funding to poor nations to reduce emissions and adapt to climate change a problem that developed countries have. struggling too.