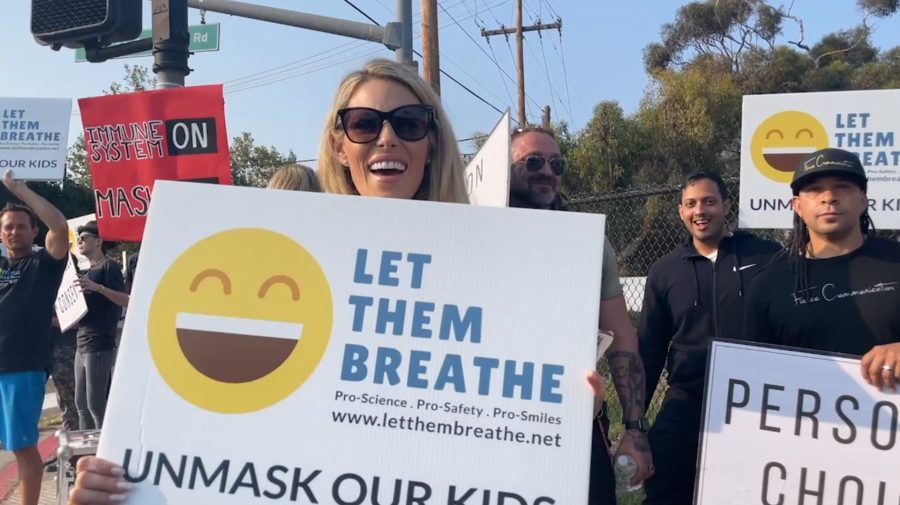 In the 16-page ruling, Judge Cynthia Freeland ruled that the state has a “convincing interest in preventing the spread of COVID-19” and that Newsom has the legal authority to require masks in schools. The group, along with Reopen California Schools, filed a lawsuit in July to overturn the mandate and challenge COVID test policies in schools, arguing that wearing masks is harmful to children and should be optional instead.

Over 7,000 local children 5-11 receive the first dose; ‘vaccine wagon’ on the way to schools

Freeland wrote that the groups’ disagreement over the effectiveness of masks and the impact of the pandemic on children does not make the state’s rationale for the rules “arbitrary or irrational.”

“To reiterate the point above, the courts should refuse to guess the actions of public health officials in an ” area filled with medical and scientific uncertainties, ‘” she said in the ruling.

California Public Health Guide requires wearing masks in a variety of settings such as indoors at K-12 schools and childcare environments as well as on public transportation, in health facilities and detention centers. They should be worn by unvaccinated people and are recommended for all indoor public places.

“Public health officials claim that masks are a mitigating measure against the spread of COVID-19, and say that when unvaccinated people wear masks properly,”they protect others as well as themselves. “

Freeland wrote that the groups have acknowledged that the pandemic is underway, which she said contradicts their argument that the conditions “no longer justify a state of emergency.”

“This court is simply not in a position to guess the decision of the governor or the legislature on when the declared state of emergency is no longer justified,” she wrote.

Let them breathe and reopen California Schools said in an email statement that they promise to “keep fighting for the mask election.” In San Diego County, supporters of Let Them Breathe have held several rallies outside of schools this year and have approached local school boards about the issue.

They are now working with their lawyers to determine the next steps, the statement shows.

“While it is disappointing that school masking was not allowed to be prosecuted, at least it seems that schools are free to enforce the mask mandate, whatever they deem appropriate and are not obliged to remove children from the classroom because they do not wearing a mask, “let them Breathe founder Sharon McKeeman said in a statement.

McKeeman added: “It appears that the state’s strategy was to dismiss the case without having to address the fact that masking in school is not effective and is harmful to students.”