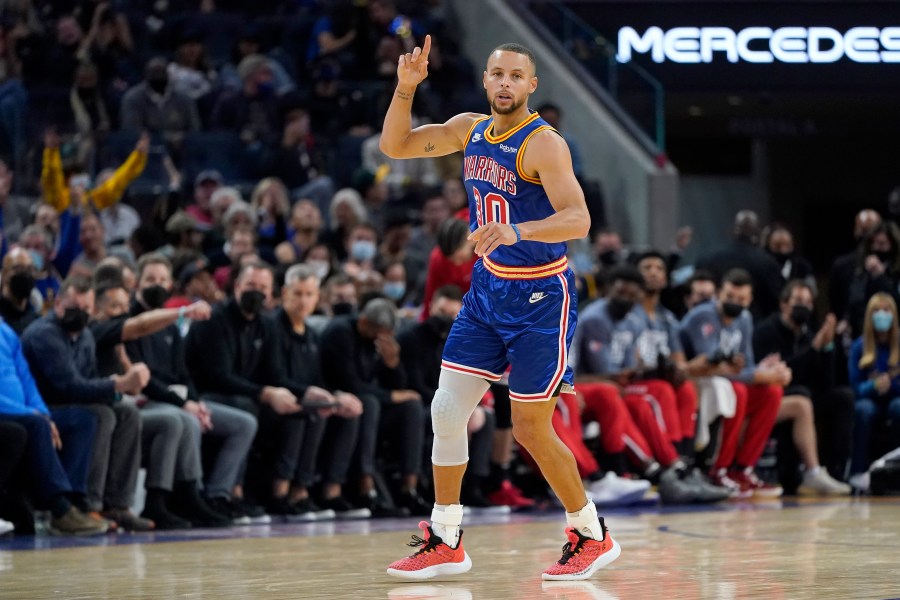 Curry – who recorded his league-leading third game with 40 points this season – set another shooting record that night.

Perhaps the most important fact is that Curry did it in 585 fewer games.

In other words, it took Curry about seven seasons less to reach that mark.

Curry’s 470 3-pointers in the playoffs are already the most in NBA history.

However, Allen still holds the record for most 3-pointers in the regular season with 2,973 compared to Curry’s 2,896. Curry is 77 3-pointers away from equaling Allen’s record.

Curry is currently in second place in the score with 28.4 points per. match, just behind Brooklyn Nets’ Kevin Durant at 29.4.

The Warriors (11-1) have the league’s best record and have had their best start since their record-breaking season with 73 wins in 2015-16.

The team embarks on a four-game roadtrip that begins in Charlotte against the Hornets on Sunday – and seeks to extend its winning streak to seven games.