Share
A young Brisbane man runs 42 kilometers every day for a month to raise awareness of men’s mental health.

Rory McHugh has already run 13 marathons in a row.

“I said I would do it, so I have to now. It is not negotiable to keep going,” Mr McHugh said.

The 23-year-old is raising money and attention for men’s mental health and suicide prevention for Movember.

Movember is an annual event that involves growing a mustache throughout November to raise awareness of men’s health problems.

He also grows a mustache for the event.

Mr. McHugh has a simple message: “tell your friends you love them, boys”.

“If everyone starts saying that, if it just gets normal, then it’s a lot easier to say ‘hello mate, I need help,'” he said.

Friends of Mr McHugh come out almost every day to support him and are even on the run.

By the time Mr McHugh finishes the month, he will have run more than 1,200 kilometers, which is further than Brisbane to Longreach.

“A marathon now doesn’t seem that far to me,” he said.

Mr. McHugh finished his second marathon today in 12 hours and he said it was “hard”.

“Today was definitely the slowest day,” he said. 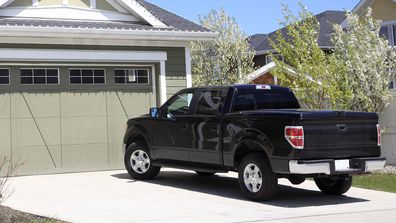 Can you get a fine for parking in your own driveway?

Mr. McHugh aims to run every day for the rest of the month.