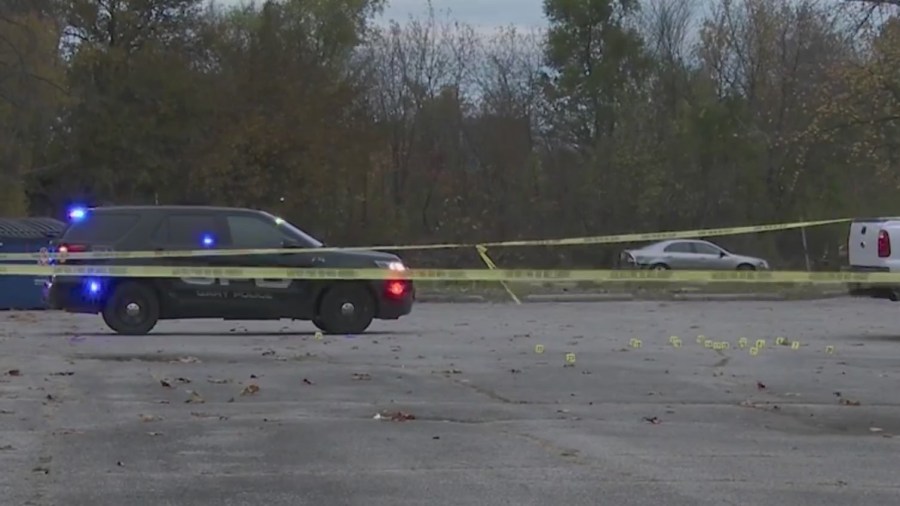 GARY, Ind. – The forensic pathologist in Lake County has identified the man who was killed in a Saturday shooting outside a church in Gary, Indiana.

Degerie Scott, 41, was pronounced dead at a nearby hospital about 30 minutes after the shooting. Bullets hit Scott and another man after an armed man opened fire on a crowd.

Authorities said Scott and others gathered for a funeral in Saint Monica and Luke Church when bullets rang.

Another man, also 41, was injured. He was last reported in stable condition.

Gary police said the shooter is still at large. Witnesses say the perpetrator fled the scene on foot.