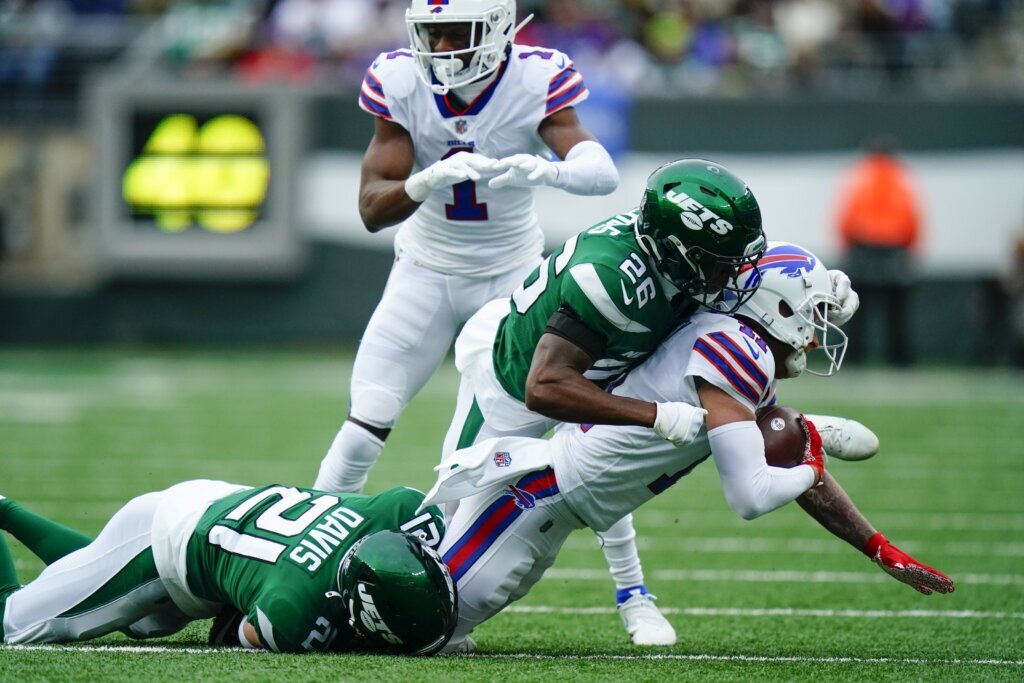 Echols injured his quadriceps during the Jets’ 45-17 loss to Buffalo last Sunday. The sixth-rounder out of Kentucky started all nine of New York’s games and is number four on the team with 41 tackles.

To help offset the loss of the Echols, New York cornerback Rachad Wildgoose signed from the Bills’ training team. Wildgoose was a sixth round this year out of Wisconsin.

Yeboah, an exhausted free agent from Mississippi, was promoted to the active roster twice this season. He has played 16 snaps, all on special teams, but could see action on the offensive with starting tight-end Tyler Kroft on IR with a chest injury.

Doss has 11 career receptions at 133 yards in two innings with the Raiders after being signed as an undrafted free agent by UC Davis in 2019. He has also spent time with Jacksonville and most recently Atlanta.

Thompson was signed by Buffalo as an exhausted free agent out of LSU in 2018. He most recently played with Hamilton from the Canadian Football League.