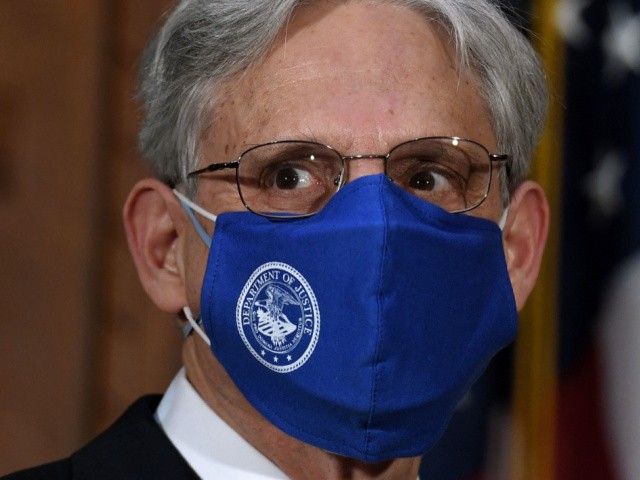 A letter from Republicans on the House of Representatives Committee to U.S. Attorney General Merrick Garland reveals that lawmakers have received documents from a whistleblower saying the FBI uses counterterrorism tactics to investigate parents considered potential “domestic terrorists” as they provide expresses concern about education in their local school districts.

An FBI agent provided a copy of the internal email to several Republican lawmakers, citing concerns that it could open the door for the agency to gather information about parents expressing their opposition to local school policies during meetings. https://t.co/bM9Q2n28Rg via @WSJ

The documents, which state that the FBI is adding “threat marks” to parents, appear to contradict Garland’s testimony on Oct. 21 during a hearing in the House Judicial Committee, where he said the Justice Department and the FBI did not use anti-terror tools to investigate parents at 6 p.m. school board meetings.

A letter signed by rep. Jim Jordan (R-OH), ranking member of the House Judiciary, to Garland on Tuesday stated:

We have now received a protected revelation from a whistleblower from the department showing that the FBI’s Counterterrorism Division is compiling and categorizing threat assessments related to parents, including a document instructing FBI personnel to use a specific “threat mark” to track potential investigations. . This new information calls into question the accuracy and completeness of your sworn testimony.

This is the smoking gun. Attorney General Garland provided no evidence that parents are involved in credible threats or acts of violence. And yet, he mobilized the FBI’s anti-terrorism department to use anti-terrorism tools to investigate, track, and tag parents. pic.twitter.com/PHpVIqvlBw

Jordan wrote that the whistleblower provided an FBI e-mail dated October 20 – the day before Garland’s testimony – referring to a directive from Garland on October 4 to the FBI to investigate school board threats and apply a new “threat mark”. created by the fight against terrorism. and criminal wards, for “investigations and assessments of threats specifically targeted at school board administrators, board members, teachers, and staff.”

“The email formulated the purpose as’ scop[ing] this threat at the national level and provide[ing] an opportunity for comprehensive analysis of the threat picture for effective management with law enforcement partners at all levels, ”Jordan wrote.

On September 30, senior officials of the National School Boards Association (NSBA) sent a letter to President Joe Biden asking for federal help targeting parents who expressed concern at school board meetings about issues affecting their children’s education. The letter recommended that federal laws, such as the Patriot Act, be used to investigate whether these parents could be identified as “domestic terrorists.”

“This propaganda continues despite the fact that critical race theory is not taught in public schools and remains a complex law and PhD subject that is far outside a K-12 class,” NSBA officials wrote to Biden.

On October 4, the Garland office issued a memorandum that listed:

Referring to an increase in harassment, intimidation and threats of violence against school board members, teachers and workers in our country’s public schools, Attorney General Merrick B. Garland today instructed the FBI and U.S. law firms to meet for the next 30 days with federal, state , tribal, territorial, and local law enforcement leaders to discuss strategies to address this disturbing trend. These sessions will open dedicated lines of communication for threat reporting, assessment, and response from law enforcement.

Education Sec. Will not say that parents are “primary” stakeholders in children’s education pic.twitter.com/SWLlXh6MGx

In the weeks that followed, NSBA’s own board rejected the letter to Biden sent by Garcia and Slaven and wrote Friday that they “apologize and apologize” for the content, and at least 26 state school board associations have distanced themselves from NSBA, some totally cutting ties to the organization.

Emails also obtained in October through requests for public records from Parents Defending Education (PDE) revealed that Garcia and Slaven had been “in talks over the past many weeks with White House staff”, and ” they requested further information on some of the specific threats. “

Garcia wrote to NSBA directors that the organization “has been engaged with the White House and the Department of Education on these and other issues related to the pandemic for several weeks now.”

What we have witnessed is a coordinated effort, playbooks, to create chaos at school board meetings and in communities. Letters across states are very similar, and these events are beyond random actions. What we are now seeing is a pattern of threats and violence occurring across state borders and via online platforms, which is why we need the assistance of the federal government.

“At best, assuming you were unaware of the FBI’s actions in response to your October 4 memorandum at the time of your testimony, this new evidence suggests that your testimony to the committee was incomplete and requires further explanation,” Jordan wrote to Garland.

“However, if you were aware of the FBI’s actions at the time of your testimony, this evidence shows that you deliberately misled the committee about the nature and extent of the ministry’s use of federal anti-terrorism tools to target concerned parents at school board meetings,” he added.

Jordan said the judiciary would like to “assess the accuracy and completeness” of his “sworn testimony.”