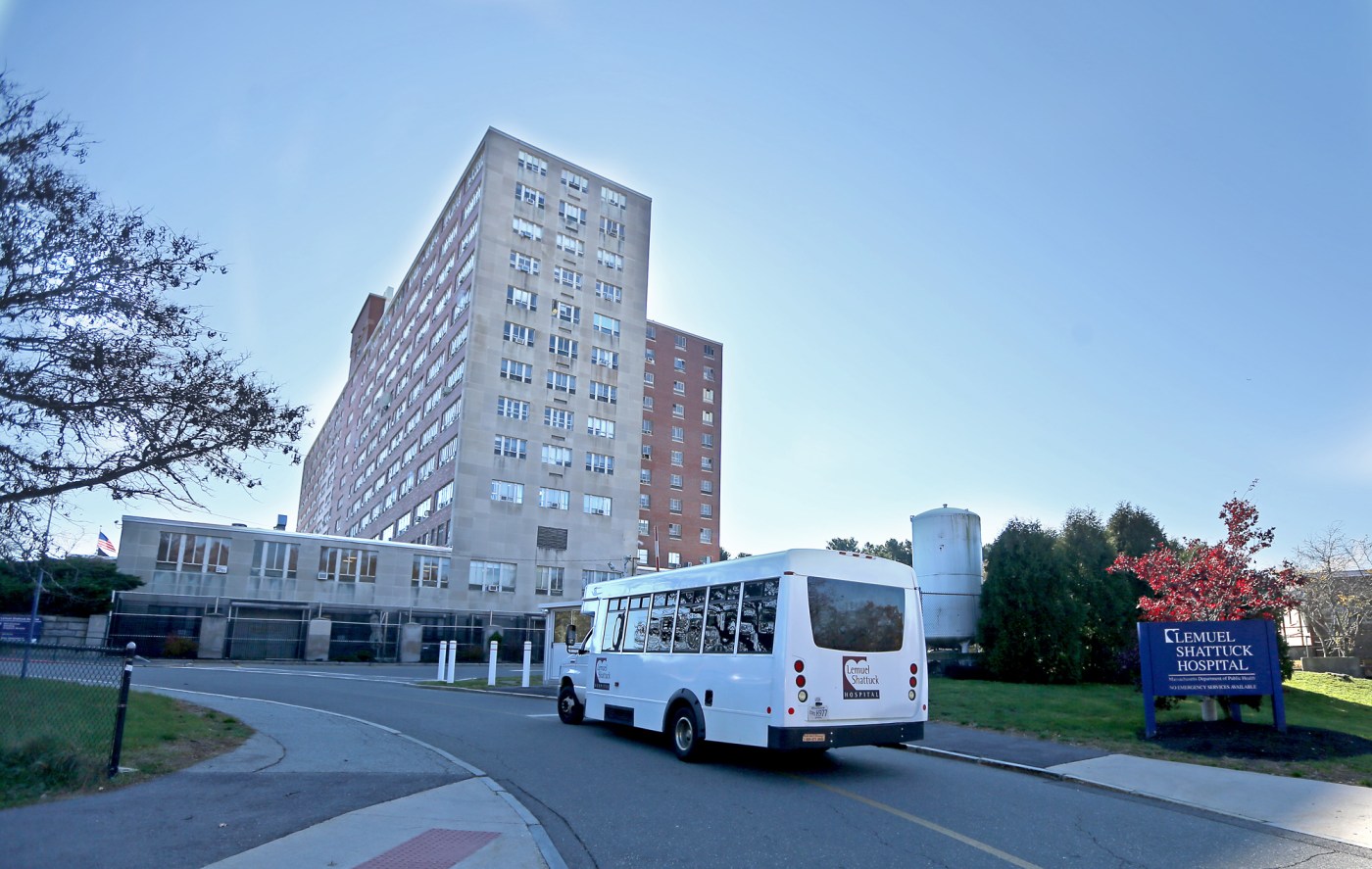 Government officials are battling homelessness and crisis-level addiction problems at Mass & Cass in the South End by erecting shelters on the Jamaica Plains Shattuck Hospital campus, which Governor Charlie Baker sees as a temporary solution.

“What we are doing at this point, I would describe it as a temporary approach,” Baker said. “The long-term approach to managing the future of campus will continue to include solutions for homeless people and people seeking treatment.”

The plan, announced Monday by the Executive Office of Health and Human Services, is to place 30 uninhabited people in temporary cabins on part of the 13-acre Shattuck campus in Jamaica Plain.

The 260-bed, Department of Public Health-run Shattuck Hospital already provides medical and psychiatric treatment. In its transfer to state hands, it is limited to public health purposes. The hospital’s existing services will move to the South End in 2022. This plan is also in line with the state’s vision plan to address the future of the hospital, based on input from the community.

“We have worked with the city to develop a plan that we think works for them, works for us, and I certainly believe that part of that plan in the future will involve a continued focus on treatment and homelessness, which has been a a big part of what the Shattuck campus has been about since the beginning, ”Baker said.

The transitional housing will be operational in December and will be provided by Pallet, a Washington state-owned company that offers temporary housing to the homeless. The state also plans to enter into contracts with a local health and human services provider for services such as meals, laundry, case management and mental health and addiction services. The provider will provide 24/7 security.

Brandon Bills, a pallet spokesman, said the cabins are of RV quality. The cabins Boston gets are cold insulated and equipped with heating and air conditioning as well as a folding bed, smoke detector, screened windows and most importantly a locking door.

“It allows anyone to sleep peacefully at night with that door locked … and know that their belongings are safely secured while they go to work,” Bills said.

Asked about her reaction to proposals to place housing on the old Shattuck Hospital campus, newly elected mayor Michelle Wu did not respond directly. Instead, she said her team “is working hard to make sure we are proactive in finding shelter and housing” around town.

“Obviously, overall, the # 1 need right now is stable, supportive low-threshold housing,” Wu said, reiterating his intention to look at “every single” city-owned plot to see where more can be created. .

While “obviously much more is needed (housing)”, said Kathy Brown, executive director of the Boston Tenant Coalition, she praised the plan that is in place now, citing many years of work by local advocates to get it to Spoon.

“The problem is so terrible and we then have to get on with getting people healthy and safe,” she said. “Everything the city and state can do, absolutely, and society must support it.”