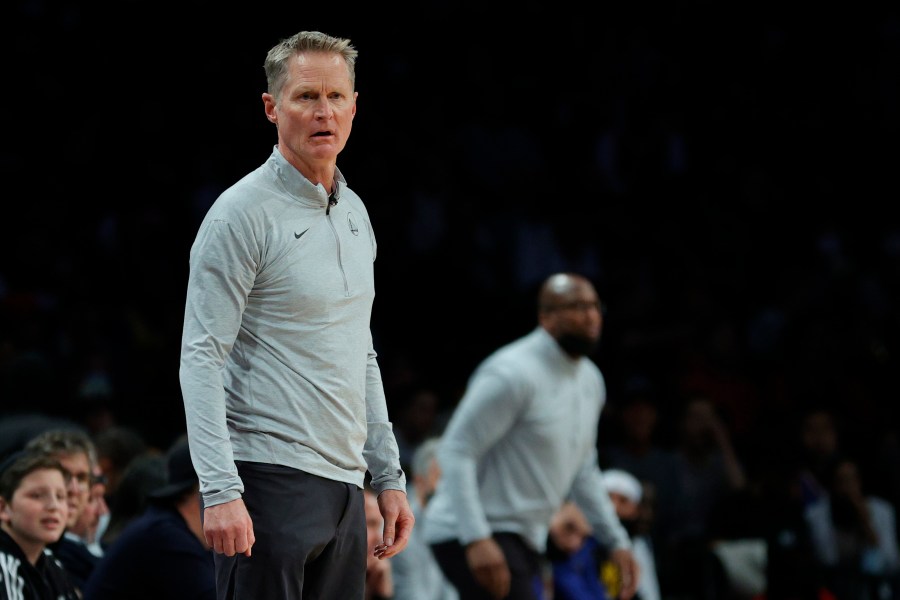 OKLAHOMA CITY (KRON / AP) – Warriors head coach Steve Kerr is talking again about Julius Jones, who is scheduled to be executed on Thursday.

Jones was convicted and sentenced to death for the 1999 shooting death on Paul Howell, but has consistently maintained his innocence.

Oklahoma’s probation board has recommended pardon twice. Now Jones’ life is in the hands of Oklahoma Governor Kevin Stitt.

Kerr tweeted a video Wednesday in which he begged people to join the fight to save Jones’ lives.

“I would like to post this video, please share it. Join the fight to save the life of an innocent man. Do it for Julius. Do it for his family. Do it for our country,” Kerr said. “This can not happen in a civilized nation and we need to prevent that from happening. Do everything you can. “

The case has garnered nationwide attention since the documentary “The Last Defense” aired in 2018, outlining some of the defense team’s claims.

Kim Kardashian West, who visited Jones in prison, and Oklahoma-affiliated athletes such as Russell Westbrook, Blake Griffin and Trae Young have called on Stitt to reverse Jones’ death sentence and spare his life.

Warriors star Stephen Curry said he spoke on the phone with Jones and their conversation touched him. Curry said the two talked about basketball and possibly meet if he comes out.

Students across Oklahoma City have walked out of class in support of Jones.

A petition created to demand justice for Jones has garnered more than 6.5 million signatures.

Many say there is strong evidence to prove Jones’ innocence.

The following are some of the key arguments from Jones’ lawyers and the response from prosecutors (from The Associated Press):

Paul Howell’s sister, Megan Tobey, who was an eyewitness to her brother’s murder, testified in court that the gunman wore a stocking cap that fell “about half an inch to an inch” over his ears and that his hair protruded from both sides. Jones ‘lawyers suggest that this was a better description of Jones’ co-defendant who testified against him, Christopher Jordan, who had corn-row braids at the time, and that the jury was never shown a picture of Jones taken a week before the murder there. showed him with short, short hair. Jones has long said that he was framed by Jordan and that Jordan is the real killer.

But prosecutors say Tobey testified that she never saw braids, and that her testimony referred to how much hair was visible between the top of the ear and the stocking cap, not the length of the hair. Prosecutors also note that a federal district court addressed this issue, noting that “the length of (Jones’) hair compared to Mr. Jordan’s is not convincing evidence of actual innocence.”

Jones and his family have claimed he was at their home the night Howell was murdered, had dinner and played games with his siblings, and that the jury was never presented with that information during the trial.

Prosecutors say this is a “blatant lie” and that Jones’ trial attorney never called the family to the witness stand because Jones repeatedly told his lawyers he was not home on the night of the murder. They also note that three people saw Jones with Howell’s stolen Suburban shortly after the killing. Even Jones’ trial attorney, David McKenzie, wrote in a statement that he “personally concluded that the alibi defense was untrue.”

Jones’ lawyers say the jury also never heard from several people who have testified that Jordan admitted to killing Howell and admitted Jones. Prosecutors say these individuals, who all have a long criminal record, were not credible, knew no details about the murder and that their testimony was not confirmed.

A jury in Jones ‘trial wrote in a statement following Jones’ sentencing that another jury during the trial engaged in premature deliberations and used a race name while saying they should take Jones behind jail and shoot him. Prosecutors allege that when the judge asked her about this allegation the day after the alleged incident, she never mentioned the racial epithet. And the judge’s bailiff signed a statement that the jury never reported this, as she said she did.

COULD JONES ‘LIFE BE SAVED?

Although Jones has no pending appeals, the state is The Pardon and Parole Board twice voted 3-1 to recommend to the Governor that Jones’ death sentence be reversed, each time referring to doubts about the evidence in the case. Stitt nominated two of the three members who voted to recommend grace: Adam Luck and Kelly Doyle. The third member, Larry Morris, was appointed by the Court of Criminal Appeals.

“Personally, I think there should be no doubt about the death penalty. And in short, I’ve in doubt about this case, “Luck said on the day of Jones’ trial.

Stitt, who has said little publicly about his decision, could change Jones’ sentence to life in prison, with or without the possibility of parole.

“The governor takes his role in this process seriously and will carefully consider the recommendation of the Pardon and Parole Board, as he does in all cases,” Stitt spokeswoman Carly Atchison said in a statement. “We will not have further comments until the governor has made a decision.”