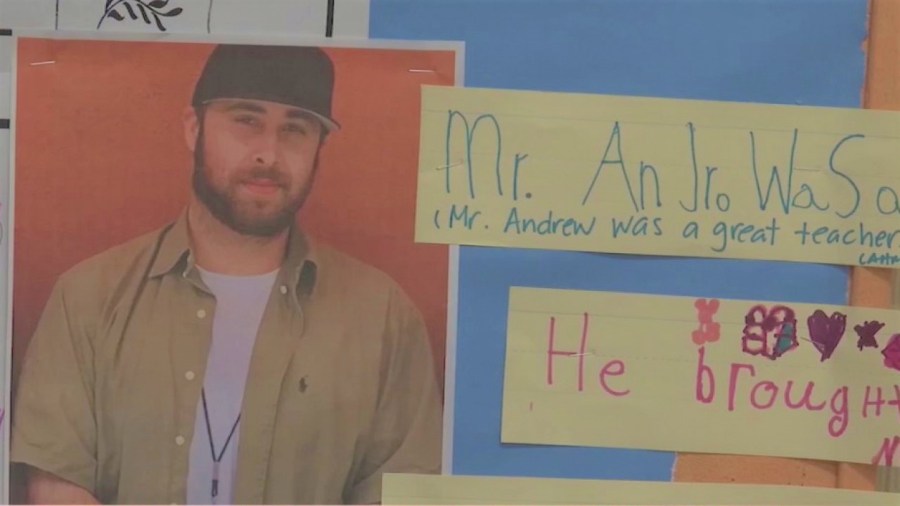 SAN FRANCISCO, California (CROWN) – It’s a week ago that 30-year-old Andrew Zieman tragically lost his life after being hit by a car as he crossed the street at Franklin and Union streets in San Francisco.

It happened just meters away from the school he taught at Sherman Elementary.

On Wednesday, students, staff, family and members of the local community held a vigil at the school and shared their best memories of Mr. Andrew, and everyone made it very clear that he was a huge ray of light not only for the kids but also for the kids. Community.

“He was the best teacher and I would have liked to say goodbye.”

Zieman died a week ago while crossing the road after two cars collided on Franklin Street and then crashed into him just a few feet away from the school he was teaching at.

“He had very long-term relationships here. The kids knew him as Mr. Andrew. He was always calm, patient, kind and was just able to reach some kids who were harder to reach.

Principal Helen Parker says that Zieman not only worked at Sherman Elementary, but that he was a former student there, as well as his father and great-uncle.

She says this tragedy could have been prevented, and along with Walk San Francisco, advocates are calling for changes to make the city’s streets safer.

Supervisor Catherine Stefani, who represents this district, says she listens and agrees that the streets of San Francisco need to be safer, especially near our schools.

Zieman’s friends and family were also on duty Wednesday, but were too emotional to speak for camera.

On Sunday, Walk SF says it will create a temporary memorial at City Hall at 6 p.m. 15.00 to demand changes on the streets of San Francisco in accordance with “World Day of Remembrance for Road Traffic Victims”.

Meanwhile, Sherman Elementary is working on a children’s activity fund at the school in Andrews name.