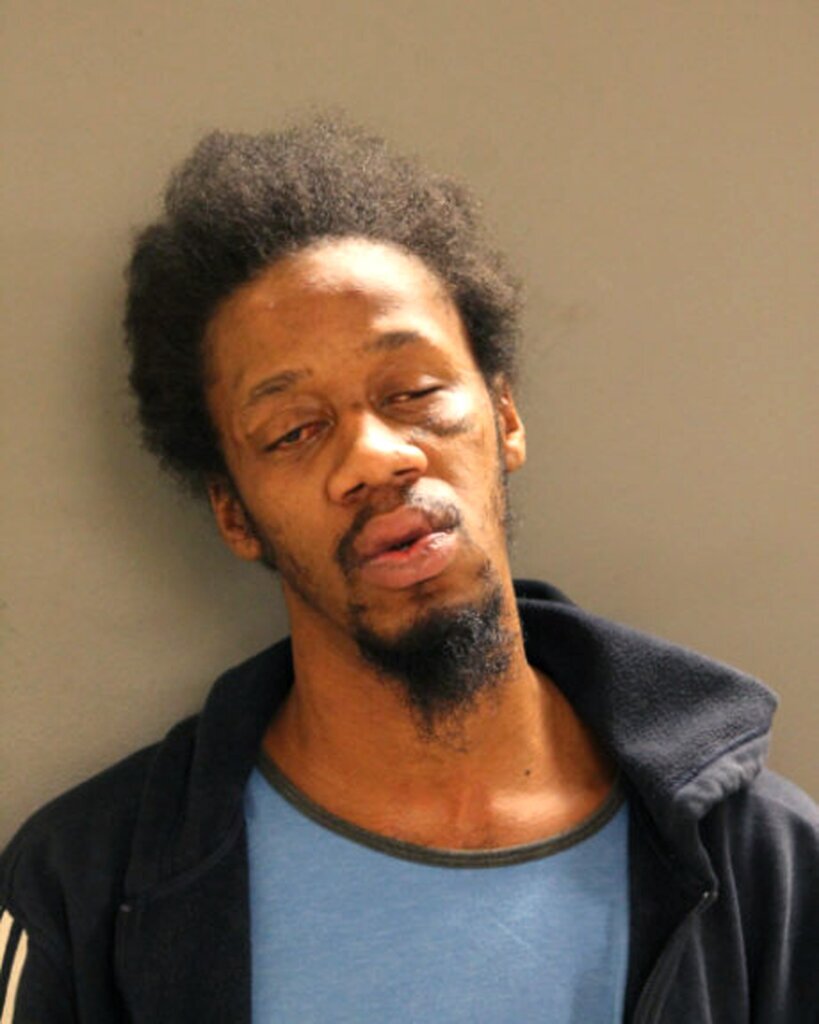 CHICAGO (AP) – A man who was slapped with the body of a Chicago police officer during an arrest in 2019 who was caught on video and triggered a power outage pleaded guilty to having spit in the officer’s face just before the incident.

Bernard Kersh, 31, pleaded guilty Thursday to a misdemeanor that has been charged with violence. In return for his admission of guilt, Cook County prosecutors dropped aggravated violence and other charges he had faced.

The judge sentenced Kersh to about a year in prison, effectively equal to the time he has served, given the credit he has earned for nearly two years pending trial in Cook County Jail and on electronic surveillance, the Chicago Tribune reported.

On Thanksgiving Day in 2019, police said Kersh was drinking vodka at a bus shelter on the city’s South Side when officers approached him and took the bottle away.

Police said Kersh, who is black, spat in an officer’s face before the officer hit him. Prosecutors said “a significant amount of saliva” entered the officer’s eye and that some entered his mouth.

Cell phone video taken by a bystander and later released by the Civil Police Bureau of Investigation showed the officer suddenly lifting Kersh high up off his feet and then slamming him hard onto the sidewalk. Kersh’s backside seemed to hit the curb, and he immediately stood motionless. He was eventually placed in the back of a crew car and driven to a hospital.

The video sparked outrage and concern, with Mayor Lori Lightfoot calling it “very disturbing” and activists saying it was part of a continuing pattern of police brutality against the black community.

Several Chicago police officers were disciplined for their roles in the incident.

Kersh, whose lawyers say he has mental health issues, sued the city and the officer who beat him in February 2020. The lawsuit alleges that Kersh suffered serious head, neck and shoulder injuries and that the officer should have known the maneuver was dangerous because he is a mixed martial arts fighter.

Andrew M. Stroth, Kersh’s lead lawyer in the case, told The Associated Press on Friday that the lawsuit is still pending, “and that the family is seeking justice for what the officers did to Bernard.”