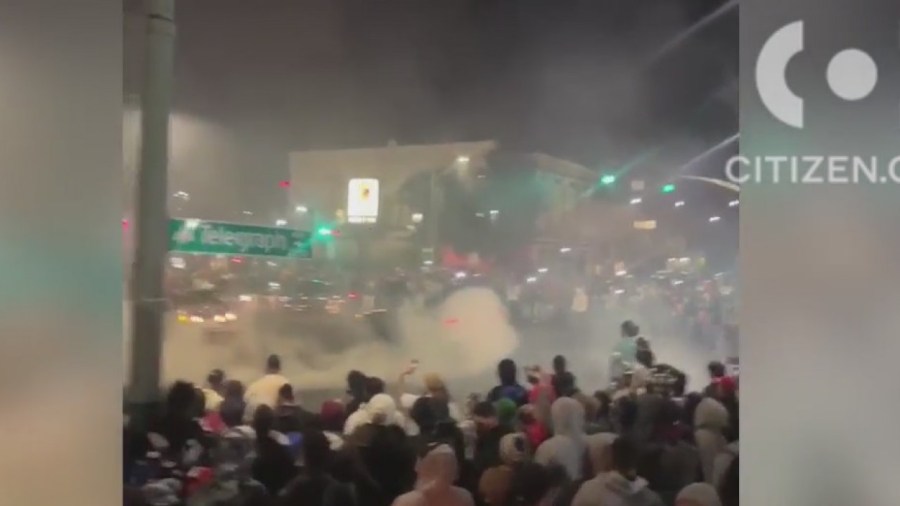 The Oakland Police Department says the chief will hold a media conference Monday to talk about the dangerous weekend.

One of the city’s leaders, KRON4 spoke to, says it is the worst he has seen the city in the 75 years he has been a part of it.

They say more measures need to be taken to stop these crimes, but it is difficult with the police department being understaffed.

“No one has ever seen the city in the form it is today,” said Bishop Bob Jackson.

Another weekend filled with crime in the city of Oakland. The police department says there were shootings, robberies, looting and illegal sideshow activity.

Citizen Video shows one of these side shows. In the video, you can also see crowds of people watching and supporting the activity.

Oakland City Councilman and mayoral candidate Loren Taylor says that although these people do not commit a crime – they encourage this type of activity.

“Just by being there and giving likes and support to these activities, it encourages it to continue, and that unfortunately puts the Oakland residence in jeopardy,” Taylor said.

Oakland police shoot and kill the suspect who shot at officers

On Saturday afternoon, a car crash resulted in an officer shooting the suspect – The suspect died of their injuries.

There was also an armed robbery and shooting on Pendleton Way overnight. One person was arrested and the 123rd murder.

“I understand we had a younger person involved in the killing,” Taylor said.

Taylor says with all this criminal activity, officers are scattered thin and it’s hard to solve any of the crimes.

“I have called for increased resources for our investigation unit so that we can bring these people to justice,” Taylor said.

Pedestrian hit, killed on I-880 in Oakland

Bishop Bob Jackson of the Acts Full Gospel Church says the city needs more help from the California Highway Patrol and the Alameda Sheriff’s Department because the police department cannot handle this level of crime on its own.

“It’s down to 680 officers, I understand. In the next two months it’s going to be down to 650. We need a minimum of 850 to really protect the people of Oakland,” Bishop Jackson said.

Bishop Jackson says that when he talks to members of the local community, they are scared and tired of the crime. He says something has to change, otherwise things will get worse.

“The only thing I’m worried about is that the people of Oakland can pick up guns and start protecting themselves, and then it’s going to be awful,” Bishop Jackson said.