“I know you’re scared, so are we …” EPIX has unveiled the trailer for a movie called American refugee, the latest from filmmaker Ali LeRoi, who last made Obituary of Tunde Johnson. This is actually a made-for-TV movie, produced by Blumhouse Television, and looks like a kind Cleanse meets a zombie movie. A family seeks refuge in a neighbor’s bunker while the U.S. economy is collapsing and the nation under martial law. There they experience that the danger inside is potentially greater than the danger outside. Cast Erika Alexander & Derek Luke, with Sam Trammell, Formerly Wilder, Jessi said, Vince Mattis, Charity Jordan, and Peyton Jackson. It all looks so obvious and cheesy. As much as this kind of story is worth telling (see also: New order), this is an uninspired way of talking about survival in America. Meh. The whole “real threat is not from the outside but from the inside” troop is so unexciting. Give me something else. 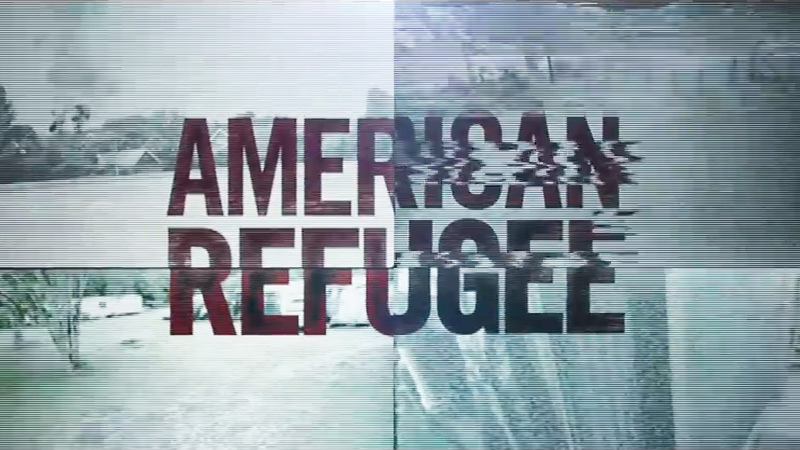 In the midst of social collapse and martial law in America, Greg & Helen Taylor (Derek Luke & Erika Alexander) face protecting their family from the anarchy of the outside world. As a last resort, the family seeks refuge in a neighbor’s bunker, where their fate lies in the hands of the family’s patriarch (Sam Trammell), a survivor whose mercy lasts only as long as they prove useful. Supplies are scarce, and when tensions rise, no one knows who can really be trusted. American refugee is directed by veteran producer / writer / filmmaker Ali LeRoi, and is making his second feature film after Obituary of Tunde Johnson previously along with lots of TV work, including EPs of “Are We There Yet?”, “Survivor’s Remorse” and “The Oversharer”. The script is written by Allison Buckmelter and Nicolas Buckmelter. Produced by Blumhouse Television & EPIX. Paramount will debut LeRoi’s American refugee live-to-VOD + streaming on EPIX starts December 10, 2021 later in the fall. Anyone curious about this movie or not?