Although we were saddened to hear that the first major Crusader Kings 3 DLC – Royal Court – had been delayed until next year, we suspected that something like this could happen as the developers previously admitted that things took longer than expected. But that’s all in the past, because now we have one new release date for Crusader Kings III: Royal Court. And there was great joy.

We’ve been covering bits and pieces from the new expansion and free patch for a while now, but here’s a summary of what you get from the Royal Court itself. The headline is the royal court – characters who have a royal or imperial rank will have access to a special 3D throne room, where you can engage with courtiers and supplicants and show off your various trinkets and artifacts. Characters of a lower rank can still go to someone else’s throne room, and there are special court events that open up a whole new realm of new stories.

On top of this, there is a new ‘resource’ to take care of called greatness. It’s not about being good, you have to see that role, and making your court more grandiose will obviously give you praise from your peers.

Here’s a new trailer that breaks down all the key features of the Royal Court: 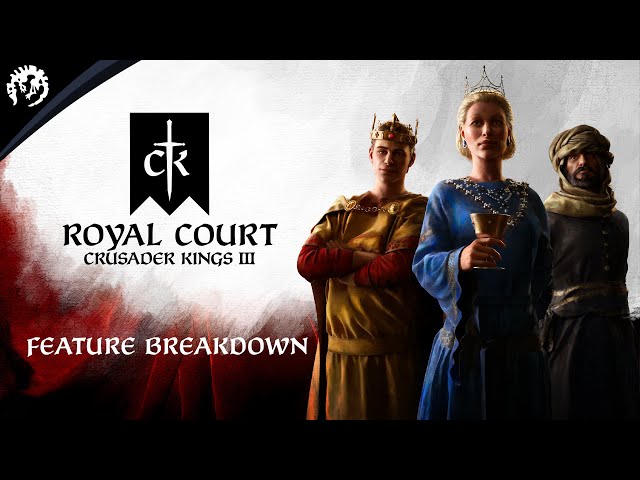 And we’ve also been sent some new screens, which show different aspects in more detail than what we’ve seen before:

The Royal Court DLC also comes with cultural mechanics that will sit on top of the free cultural rework. If you buy the extension, you will be able to create new cultures by either deviating from your starting culture or merging two cultures together into a new hybrid culture. There will also be a lot more in the free patch.

Crusader Kings III: Royal Court will be released on February 8, 2022 on PC via Steam and Paradox Store.