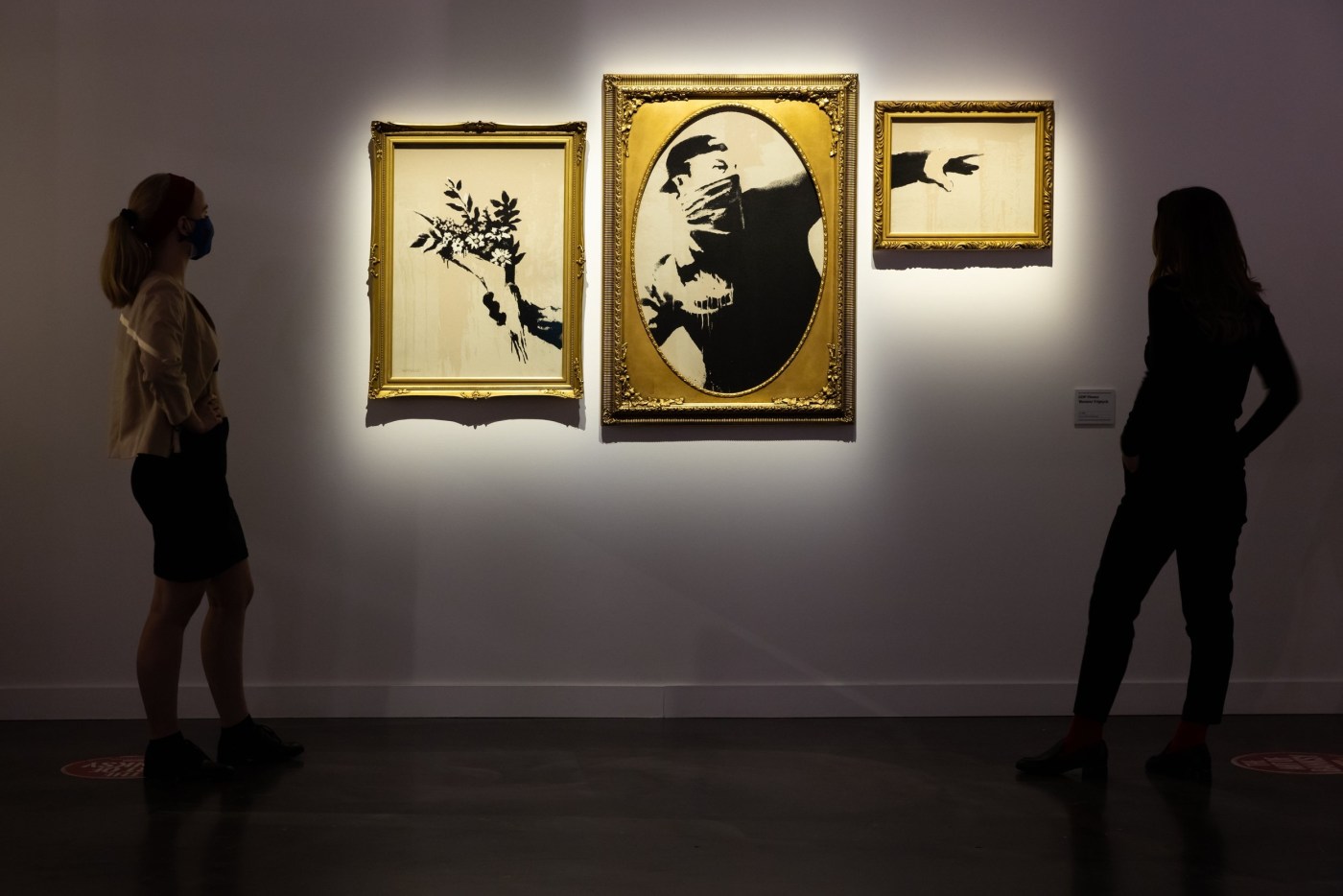 People have seen works by the famous elusive street artist Banksy on exterior walls, bridges, streets, shredded (by the artist’s own devices) at a Sotheby’s auction and even painted over by Christopher Walken in an episode of the BBC thriller series “Outlaws.”

But in a gallery?

It may seem terribly common, but yes, you can now see works by the monstrous and mysterious artist in “The Art of Banksy,” a traveling exhibition that has landed on a temporary gallery in the San Francisco Palace of Fine Arts. The more than 80 images and artifacts in the collection include such well-known works as “Flower Thrower”, “Rude Copper” and the original “Girl with Balloon” (it was a 2006 copy of the work that Banksy infamously shredded after it was sold at a Sotheby’s auction, after which its value jumped from $ 1.4 million to more than $ 25 million).

The included works – most created between 1997 and 2008 – were sold by the artist to private collectors. Although Banksy did not approve or participate in curating the exhibition, each work has been approved by Banksy’s own pest control organization. The exhibition serves a wide range of the artist’s iconic graffiti-inspired stencil works, often delivered with humorous or political messages.

The artist, whose identity remains unknown to the general public, is famously opposed to his art being seen or exchanged in traditional formats, so the exhibition represents an extremely rare chance to see a large number of Banksy’s works in one setting. The exhibition has already been seen by more than 750,000 people during stops in Melbourne, Tel Aviv, Auckland, Toronto, London and Chicago.