Germany’s COVID-19 death toll has exceeded 100,000, with an increase in infections posing a challenge to the incoming government.

Another 351 people died of coronavirus on Thursday, bringing the total number since the start of the pandemic to 100,119, according to the Robert Koch Institute.

“The day we have to mourn over 100,000 coronavirus victims is a sad day,” outgoing Chancellor Angela Merkel said at a news conference.

She urged her successors to act quickly to impose further social distancing measures to break the virus’ exponential growth curve.

“The people who get sick today are basically intensive care patients in 10 to 14 days’ time,” she added.

“So it’s crucial that we make sure our hospitals do not become overburdened.”

The continent is at the heart of the latest COVID-19 wave, reporting one million new infections approximately every other day, currently accounting for nearly two-thirds of new infections worldwide.

The European Commission on Thursday proposed that EU citizens should have booster shots to travel to another country in the bloc without testing or quarantine next summer.

Warnings of another 100,000 deaths in Germany

Hospitals in some areas of Germany, particularly in the east and south, are under pressure, and leading virologist Christian Drosten has warned that another 100,000 could die from the pandemic.

Will Australia follow Europe into a fourth COVID wave? 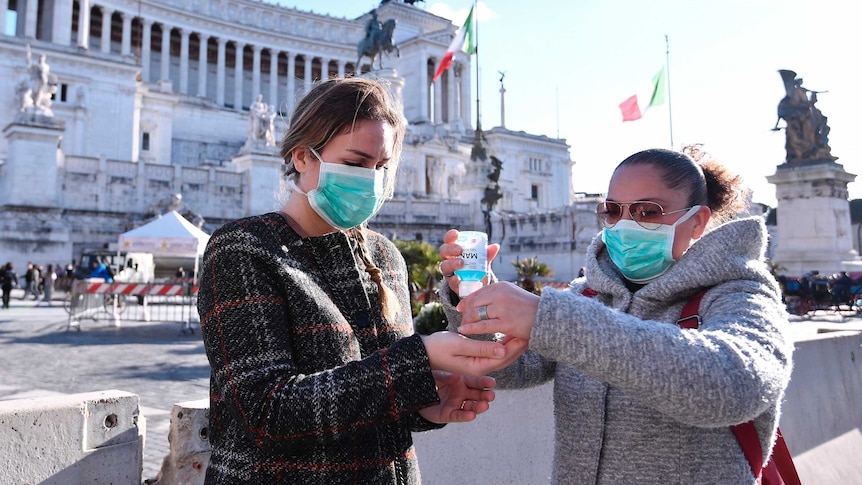 Europe is facing a fourth wave of COVID. While we are looking, it is reasonable to ask whether Australia will be faced with the same fate.

The head of the Robert Koch Institute has set the mortality rate at about 0.8 percent, which means that with daily case numbers of about 50,000, about 400 people a day will end up dying.

Germany’s forthcoming tripartite government, which announced its coalition agreement on Wednesday, said it would set up a team of experts who would assess the situation on a daily basis.

Green leader Annalena Baerbock said the new government, made up of the Social Democrats (SPD), the Greens and Free Democrats (FDP), had set itself 10 days to decide whether further restrictions were needed.

Some, including many of Mrs Merkel’s conservative allies, say they should act faster.

A large part of Germany has already introduced rules to restrict access to indoor activities to people who have been vaccinated or recovered from COVID-19.

FDP leader Christian Lindner said tighter regional restrictions would probably be needed if a national lockdown like the one in neighboring Austria were to be avoided.

With a vaccination rate of only 68.2 percent, far behind in some European countries such as Portugal and Spain, incoming Chancellor Olaf Scholz promised to increase vaccinations and did not rule out making it mandatory.

The number of people seeking vaccinations has risen in recent days, with 795,386 getting shot on Wednesday, although the majority – 626,535 – were boosters.