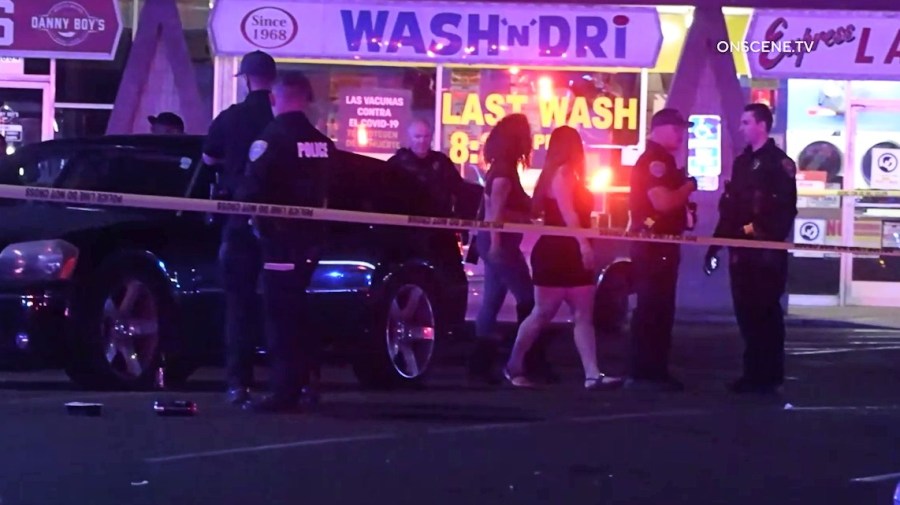 CHULA VISTA, California – Police have arrested a man suspected of opening fire during a fight outside a bar in Chula Vista earlier this month, leaving a 41-year-old man dead and a teenager injured.

Tracy Reasonover, a 33-year-old San Diego resident, is suspected of the shooting on Nov. 13 outside the On the Rocks Cocktail Bar on E Street, according to the Chula Vista Police Department.

Adele says she got her heart broken in San Diego, ‘lost her mind’ in Chula Vista

Police say Reasonover fled to Chicago after the deadly shooting and was arrested Tuesday in Springfield, Illinois, on suspicion of violating parole conditions. The CVPD did not elaborate on what conviction Reasonover’s probation terms came from.

Back in South Bay, investigators had identified Reasonover as a suspect in the shooting. Detectives flew to Illinois to interview the man and help local authorities search a home where he was arrested. He remained in Illinois from Wednesday, police said, but will eventually be extradited to San Diego County and charged with murder.

The shooting is still under investigation, according to the CVPD, and anyone with information was asked to call the San Diego County Crime Stoppers at 888-580-8477.

Details of what led to the shooting outside the bar are still unclear. The shooting happened around 2 a.m. in a parking lot near Woodlawn Avenue and Interstate 5. A form of physical brawl started outside around the time of the last call, CVPD lieutenant Jason Deaner wrote in a press release shortly after the shooting.

One person in the fight pulled out a gun and began firing, hitting a 41-year-old and a 17-year-old, according to Deaner. Both were treated on the spot, but the elderly man was pronounced dead in the parking lot. The 17-year-old was driven to the hospital. Authorities did not share an update on his injuries other than to say the teen is “in stable condition.”

While Reasonover has now been identified as a suspect, authorities have not said publicly how he was involved in the fight or why a teenager was in the bar’s parking lot so early in the morning.

Abe Gaxiola, the owner of Danny Boy’s Deli next door, told FOX 5 that he was sorry for the deadly shooting, but that the square will be a different scene at night.

“It’s sad to say, but in society something like this has happened late at night,” Gaxiola said. “During the day, we feel a little safe.”